A Canadian mining company will explore graphite at Itabela; meet the project 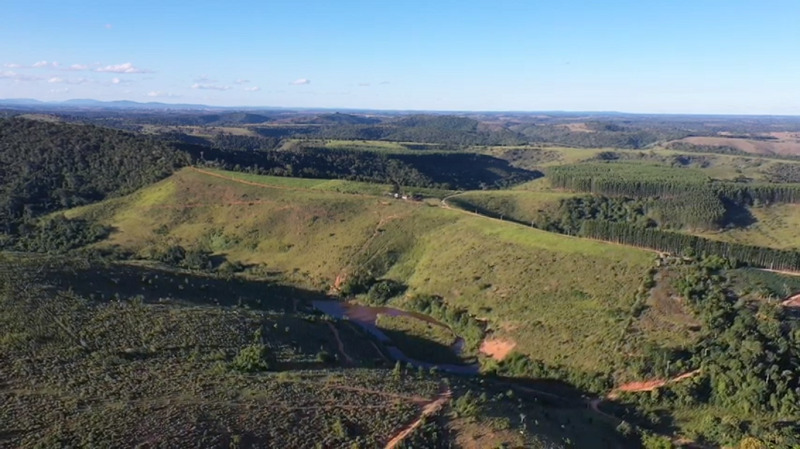 THE Canadian mining company southern star has just obtained the license for the construction of the Santa Cruz mine in the municipality of Itabela, south of Bahia. The project consists of 13 graphite exploration permits, covering over 13,000 hectares. Graphite or graphite is a material with wide application in the technological and industrial sector and, in the case of my baiana, it will mainly be used in the manufacture of batteries for vehicles.

In the middle of next year, the inauguration and the start of exploration will take place in phase 1 of the project, with a production of 5,000 tons of graphite and investments of 8 million reais. At this stage, 65 direct jobs and 350 indirect jobs will be generated, according to company information.

In a statement on the company’s website published this week, Richard Pearce, CEO of South Star, said the municipal building permit “was the final approval we needed for the start of construction of the phase 1, and we are happy to have reached this important milestone. Once again, we would like to thank the Mayor of Itabela and his team for their continued support of South Star. We look forward to working closely with them during construction and start of commercial production in the fourth quarter of 2023.”

The executive also said the company held meetings with industrial and development agencies in the state of Bahia, as well as with representatives of the main port facilities in Salvador. According to him, during these meetings, additional details were presented on Santa Cruz and the planned growth through Phase 2 (25,000 tons of concentrates) and Phase 3 (50,000 tons of concentrates).

“Santa Cruz will be the municipality’s first major industrial facility and one of the largest in the region as we expand our operations. Bahia State has a long history of successful mineral resource development and exploitation, and we are privileged to operate in a state with strong ties to the sector,” he said.

He also stated that Salvador’s port facilities are world class and one of many excellent alternatives for exporting our product to the world. “Santa Cruz has unprecedented existing infrastructure to support our planned expansions. Existing infrastructure and facilities are significant factors that contribute to our low capital intensity, as well as our projected operating costs for the first quartile. We expect to be the first new graphite production in the Americas in decades. We greatly appreciate the participation of all representatives and our team in these productive meetings and the support of South Star,” he said. famous.

The Santa Cruz mine has excellent infrastructure and logistics. The project is located 1.3 km from the BR-101. There is a municipally maintained level gravel road directly to the mine and mill. The electrical substation is 6 km from the plant site, as well as a major natural gas line 5 km away. Water will be supplied on site from wells.

In addition, the mine is 90 km from Porto Seguro airport. The main ports – Ilhéus (270 km) and Vitória (510 km) – are nearby and accessible by federal highways.

About the Southern Star

South Star Battery Metals Corp. is a Canadian-based battery metal project developer focused on selective sourcing and developing near-term production projects in the Americas. The Santa Cruz Graphite Project is the first in a series of industrial metals and battery projects that will go into production. Brazil is the second largest graphite producing region in the world, with over 80 years of continuous mining. Santa Cruz has surface mineralization in friable material and successful large-scale pilot testing (>30 t) has been completed. Test results show that approximately 65% ​​of the Cg concentrate is +80 mesh with good recoveries and 95% to 99% Cg. With excellent infrastructure and logistics,

South Star’s next ongoing project is a development project in Alabama, located in the middle of an electric vehicle, aerospace and defense development hub in the southeastern United States. The project is a historic mine active during the First and Second World Wars. Excavation, sampling, analysis and preliminary metallurgical testing are complete. Tests indicated that a traditional crushing/grinding/flotation concentrating circuit achieved grades of approximately 96-97% with recoveries of approximately 86%. and South Star is executing its plan to build a diversified multi-asset battery metals company with near-term operations in strategic jurisdictions.