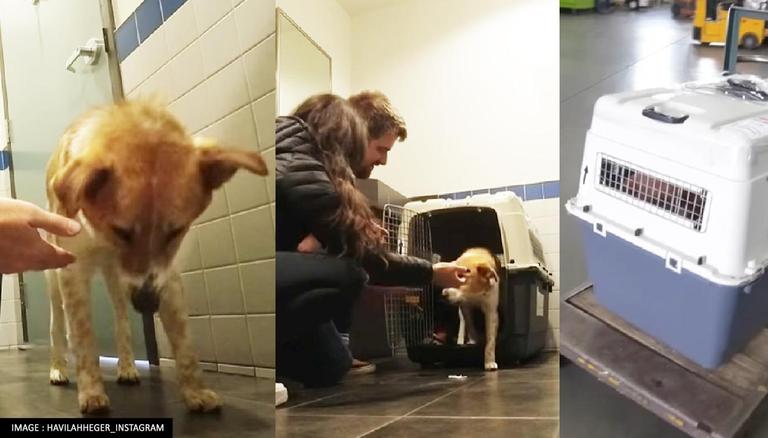 There is a distinct craze for videos featuring dog and cat antics. There is a huge audience on social media considering the large number of animal lovers around the world. One of the videos featuring a dog is circulating on social media, since being shared on Instagram. The video is about a couple in Canada who adopt a street dog rescued from India in a moving manner.

It can be said without a doubt that dogs are one of the all-time favorite animals and most people cherish them while it is still a dream for many to have a dog as their pet. “We adopted a street dog from India,” the caption on the video says.

In the video, the couple can be seen waiting for their dog to arrive. They go by car to the international airport of arrival with all the paperwork needed. The couple seemed very excited to meet the dog. When it finally arrived, the dog seemed a bit hesitant to get out of its crate but then licked the human hand.

“I was a little shy at first, but it didn’t take long to get along. Welcome to Indy’s house,” the video caption reads.

The video has garnered many reactions with netizens praising the couple for adopting the dog and wishing them all the best. The video was posted on Instagram on March 4th and has so far been viewed over 2.69 lakhs.

Also, it prompted netizens to post various comments to express their reactions. “He’s going to have an amazing life! Lots of love from India”, commented one Instagram user. “Beautiful story, goals,” wrote another.

A third user stated: “The kindest and purest thing”, while a fourth wrote, “It was really sweet of you to adopt him. Happy to all three of you. (sik)”