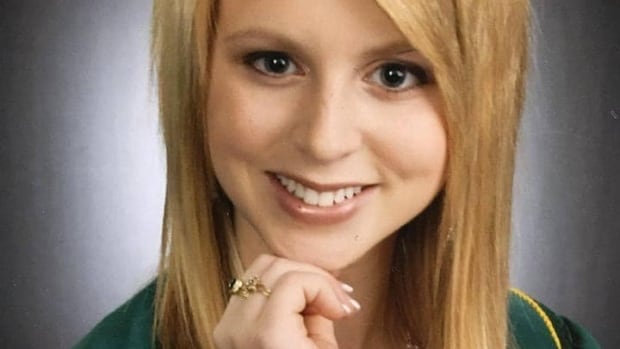 A grieving mother’s long struggle to learn more about her daughter’s death has led the federal information commissioner to recommend changes to Canada’s access to information laws on “compassionate grounds.”

Liette Savoie’s 17-year-old daughter, Francesca, died in a car crash in Bas-Caraquet, NB in ​​the fall of 2007. Another driver pleaded guilty to impaired driving that caused death.

Savoie has been on the search ever since to learn more about what happened that night—a search fueled in part by rumors on the Acadian Peninsula of a high-speed chase and a second vehicle.

In 2012, according to a recent Federal Court decision, Savoie requested all the information the RCMP had about the accident involving his daughter, including any accident reports, files and recordings. The Access to Information Act gives Canadians and institutions the right to access government records — with a few exceptions.

RCMP responded by saying that only a small part of their files would be released. The RCMP cites sections of the Access to Information Act that protect against disclosure of information obtained during police investigations under the age of 20.

Savoie complained to the information commissioner, whose office is investigating claims regarding the Access to Information Act.

According to Federal Court documents, the information commissioner’s office pressured the RCMP to explain why it had not exercised its discretion to release the files. The RCMP maintains that the personal information of the deceased is protected by law for 20 years after death and that the public’s interest in disclosure “does not exceed the invasion of privacy that would result from disclosure.”

“The Commission continues to request that the RCMP review the file to determine whether there may be a greater interest considering divulging information so as to enable parents to understand the circumstances of the death of a close relative,” he wrote. Federal Court Judge Vanessa Rochester in her decision.

“In other words, members of the public in a similar situation naturally want to get information to turn the page.”

Again, the RCMP is of the opinion that, under the terms of the Access to Information Act and the Privacy Act, the remaining files should not be disclosed.

The information commissioner ultimately concluded that the RCMP’s reasons were justified, prompting Savoie to take his battle to Federal Court.

Last week, Judge Rochester released his ruling in favor of the RCMP.

“While I deeply sympathize with the loss of Ms. Savoie, and her sadness and frustration at not being able to access the information she was seeking … it does provide a number of exceptions to disclosure,” he wrote.

Rochester also writes that there is nothing in the file to suggest RCMP is hiding information from Savoie.

Even though he lost before Federal Court, Savoie’s battle could still lead to legislative changes. In her decision, Information Commissioner Caroline Maynard said the Savoie case “has highlighted the flaws” in the action.

A Maynard spokesman said he had sent a proposal to the federal government to amend the action to give agency heads – such as the RCMP – the authority to disclose personal information about a deceased person to a spouse or parent for compassionate reasons, as long as the disclosure does not constitute an unlawful offense. reasonable to the privacy of the deceased.

A spokesman for the Treasury Board, the federal department that oversees the Access to Information Act, said it and the Department of Justice were reviewing the commissioner’s advice.

Savoie called the Federal Court decision disappointing, but said the proposed changes could ease his pain.

“As a mother, I will defend my daughter’s memory and respect,” she said in French.

In summing up its decision, Rochester said that if the amendments recommended by the information commissioner didn’t materialize, “the twenty-year moratorium is finally giving hope.”