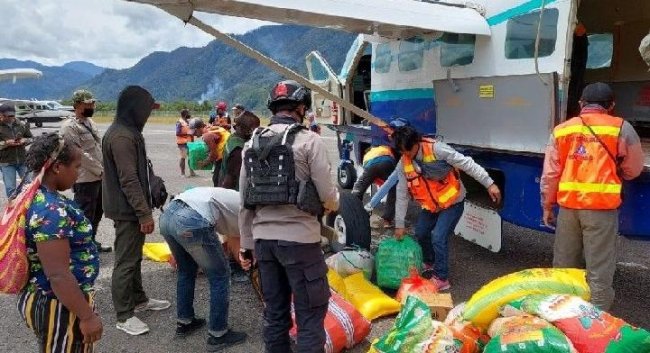 TEMPO.CO, Jayapura – AirNav Until now, Indonesia has not redeployed its officers at Bilorai Airport, Sugapa, Intan Jaya Regency, Papua, since being withdrawn due to security disturbances in the area.

“It is true that since the security disturbance occurred on October 29, 2021, AirNav officers were evacuated and have not returned to duty yet,” said GM AirNav Nabire Anton Parangin-angin, Saturday, March 19, 2022.

According to him, since the arson carried out by the Armed Criminal Group (KKB) in the area of ​​Bilorai Airport, Sugapa, AirNav evacuated six personnel on duty at the airport.

In addition, the return of the officers in Bilorai Bandara Airport Sugapa, according to Anton, was due to the issuance of NOTAM or Notice to Airmen regarding notices distributed using telecommunications. “As well as implementing the Traffic Information Broadcast Advisory (TIBA) procedure which is supported by the application of flight slots,” he said.

Anton admitted that the TIBA procedure is a procedure for disseminating information based on radio communication between aircraft using the same radio frequency without involving ACO officers on the ground.

The information disseminated by the pilot will be heard by all pilots flying or on the ground in the area under which the TIBA procedure applies and based on weather information and the position of the aircraft submitted by the pilot on one TIBA radio frequency, it will become a reference for other flights to determine maneuvers, sequences and decisions to be made. taken by the pilot for the flight.

According to him, the implementation of the TIBA Procedure has also been carried out in several locations in Indonesia, including in Bawean, Jember, Enggano, and Ilaga.
“In addition, a number of countries have implemented this procedure in several air spaces, including the United States, Canada and Australia,” said Anton Parangin-Angin who was contacted from Jayapura.

Previously, the Intan Jaya Police Chief, AKBP Sandi Sultan, separately regretted that airport and AirNav officers had not yet been assigned to Bilorai airport, even though the security situation was already conducive.

“We really hope that the officers will return to carrying out their duties soon, especially since security has become more conducive and air transportation is the main transportation to and from the Intan Jaya Regency area,” hoped AKBP Sandi Sultan.

Read:
Airnav Indonesia Bans Drones from Operating at the Mandalika Circuit, Except…