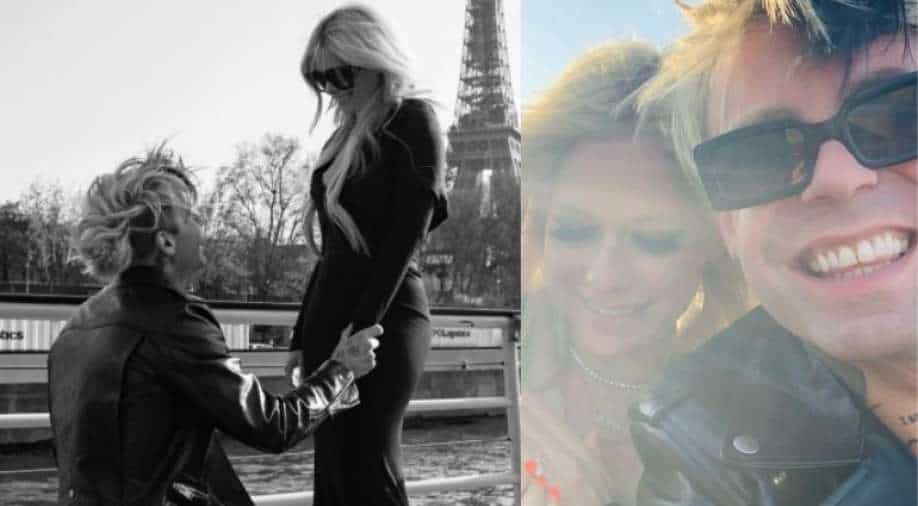 Canadian singer-songwriter Avril Lavigne and her boyfriend Mod Sun have officially taken things to the next level with getting engaged.

Lavigne in an Instagram post Thursday revealed that Sun threw the big question in Paris right outside the Eiffel Tower. He shared a roll of photos from their special moment, featuring a black and white photo of the musician kneeling.

In the caption to her post, the singer wrote, “Oui! Je t`aime pour toujours,” which translates to ‘I’ve always loved you.’ Sun, real name Derek Ryan Smith, also posted the same photo on his Instagram, sharing a sweet poem that he wrote for his bride-to-be. “The day we met I knew you were the one,” he wrote. “Together forever until our days are done.”

“I had a dream where I proposed in paris. I took out a ring + asked you to wear it. I knelt down as I looked into your eyes. You are too beautiful to describe with my words. I took your hand + took one last breath… I said ‘ Would you marry me?’ + he said ‘yes’. I love you Avril,” he continued.

The pop-punk princess recently opened up to People magazine about the origins of their relationship and revealed that she wasn’t looking for love when Sun came along. “I was like, ‘I need a break from the boys’. Then two days later it all went out the window!” she says.

The couple started dating “soon” after they met at a songwriting session, as Lavigne put it that she “just followed [her] heart.” The Grammy-nominated singer first sparked dating rumors with Sun in February 2021, and they made their red carpet debut as a couple at the MTV Video Music Awards in September.

She is featured on Mod’s 2021 single ‘Flames’, and she co-wrote and produced several songs on her latest album ‘Love Sux’, which comes out in February.