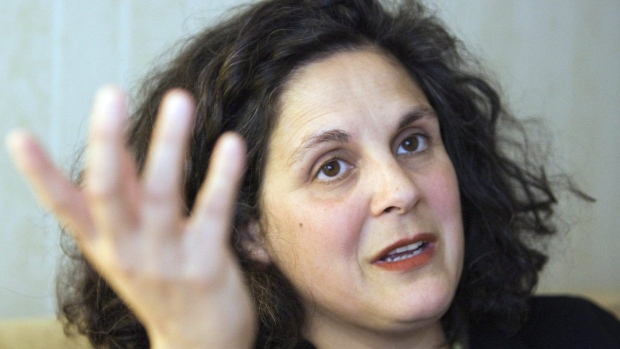 “Into the Weeds” from the Toronto-based filmmaker follows a former land custodian who takes over a multinational agrochemical company after a terminal cancer diagnosis.

“It’s a story that has to be told,” Baichwal said at a Hot Docs press conference Wednesday outlining this year’s lineup.

“It shows the courage and tenacity of a group of people suffering from health problems and going against the monolithic corporation that everyone fears.”

It will be Baichwal’s second film to open the festival, after 2009’s “Act of God,” but he points to the lifelong partnership that defined his career.

“We grew up together,” he said. “When Hot Docs started, that’s when my partner Nicholas de Pencier and I started making films.

“I am very proud of what happened and what it gave back to the international documentary community. It makes it a great honor to open again; this is a fitting and beautiful return.”

Overall, this year’s screenings include 226 films from 63 countries across 15 programs on themes ranging from fighting for human rights to navigating personal identity, and which program director Shane Smith predicts “will excite audiences, be inspired and, in some cases, angry.”

“Basically, people are good, so when they experience or hear about injustice, especially systemic and deep-rooted injustice, it infuriates. But it was anger that pushed us into activism.”

Director Barri Cohen’s film, “Unloved: Huronia’s Forgotten Children,” made its world premiere with the story of his two late half-siblings, who were institutionalized at the notorious Huronia Regional Center in Orillia, Ontario, in the 1950s.

The institution was the subject of a class action lawsuit in 2013 alleging physical and sexual abuse of its occupants there because of developmental and intellectual disabilities.

“The best documentaries shine a light in dark places and there are endless secrets and stories,” Cohen said.

“There is something redeeming about when people talk to other people or to a large audience. There’s something alchemical about sharing, it can be very healing.”

After the pandemic shifted the last two editions online, the hybrid festival will bring back live screenings, conference sessions, and networking events from April 28 to May 8 in Toronto.

Viewers across Canada will be able to watch streaming titles via the online platform Hot Docs at Home.

“It’s been almost three years since we last held a live festival, and we’re excited to be bringing this incredible and outspoken story to Toronto theaters, and online across Canada,” said Smith.

Other Hot Docs titles include “Navalny” from Toronto filmmaker Daniel Roher. It will be part of the Big Ideas Series, in which Dasha Navalny, daughter of imprisoned Russian opposition leader Alexei Navalny, is expected to discuss the film.

Harkema said he loved bringing “fun” to the festival, where he hoped “it would be the closest I’ve ever felt to being a rock star.”

The director said it was a bonus to do that by revisiting a group that had a “deep” impact not only on himself but countless Canadian comedians as well, including Mae Martin, Jennifer Whalen and TallBoyz.

“(The Kids) have been through a lot, now everyone is a little older and more fun, they don’t fight much, they have ups and downs,” Harkema said of the quintet. “The atmosphere is great.”

Toronto filmmaker Barry Avrich will also be bringing a lighter touch as he also returns to Hot Docs with the previously announced “The Talented Mr. Rosenberg,” about Toronto con artist Albert Rosenberg.

While recent Netflix favorites “The Tinder Swindler” and “Inventing Anna” have covered the same territory, Avrich promises her profile is “10 times the story of a scammer.”

Of the newly announced titles, the Canadian Spectrum program includes “Okay! (The ASD Band Film),” which introduces four musicians on the autism spectrum to the world as they prepare for their first live performance.

And in the popular Deep Dive program, the Montreal-based director “The Unsolved Murder of Beverly Lynn Smith” is an Amazon-original crime dossier that looks at the controversial investigation into the murder of 22-year-old Oshawa, Ontario. woman.

A retrospective program is also in the works, which this year will honor Anand Patwardhan’s Indian documentary and his films, including 1994’s “Father, Son and Holy War” and 2018’s “Reason”.

This Canadian Press report was first published on March 30, 2022.