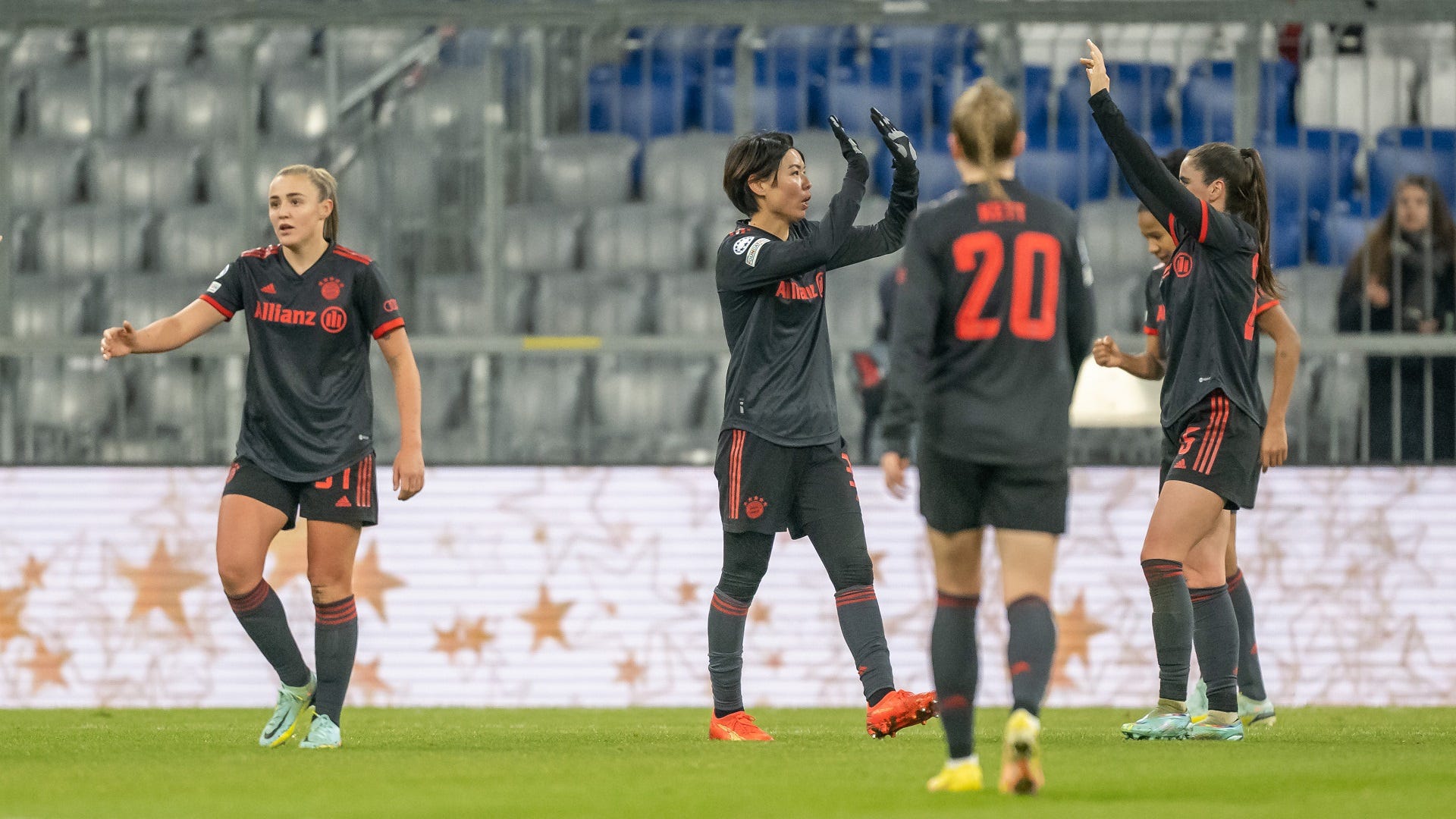 Completed last Wednesday (07) and Thursday (08), the group stage of the fourth round of the 2022/23 Women’s Champions League has begun to push the ranking scenarios forward. With an excellent collective performance before the eyes of 24,000 people at the Allianz Arena, Bayern Munich avenged the last-round defeat and beat Barcelona 3-1 to join the Spanish leaders in Group D.

Efficiency: this is the word that marked Bayern’s excellent collective performance against Barcelona. Before the match between these teams in Spain, coach Alexander Straus said that in order to have a positive result against Culés, it would be necessary to capitalize on the chances created. If the first match did not work, in this second, in Germany, the scenario was different. Ten minutes into the first half, the Bavarians, putting pressure on the opposing team and the ball carrier, while exploring transition moves – for example, counter-attacks, as Barca have conceded the field and defended them poorly -, created at least four net goals. opportunities and seized two of them, with Klara Bühl and Lina Magull.

The Culés found themselves uncomfortable with the posture of the adversary and had difficulty in breaking through the blockages of the Germans. Compact, Bayern managed to protect their area well, which led to more “predictable” actions from the Catalans, who dominated possession (67%), exchanged 620 passes, but were not good enough to move and open up the Bavarian defensive system. Also note the high number of crosses, 47 in total, including 31 made by Mapi León (left defender) and Fridolina Rolfö (left winger), well controlled by the defense. See in the image below the average positioning of Barcelona and notice how the players were very focused, running out of more space to try to space out the defense (all numbers and graphs are from Opta/Stats Perform ).

Two Brazilians were starters in the match and stood out: Geyse, Spanish side, and Tainara, German side. Great moment, given the importance of the match and the high level of the UWCL. The first, tireless, greatly hampered the Bavarian defense when the ball came out and was rewarded with Culé’s only goal. The second, very solid, made up the German “wall” well.

Still in Germany, but at the AOK stadium, Wolfsburg received Roma in the hope of finding the isolated head of Group B. The Lobas, helped by the fine performance of Merle Frohms (failed in goal, but redeemed himself) , Lena Oberdorf and Ewa Pajor (who scored her sixth Champions League goal) scored four times. Transitional moves, mainly targeting Sveindís Jónsdóttir from the left, as well as those from above, were key to breaking through the Italian defence.

Roma struggled, but ended up failing both in defense and in attack, where they lacked effectiveness. Even so, he scored two goals, one of them being a paint of Brazilian Andressa Alves, who finished almost from midfield and covered Frohms.

With the victory and the draw between St. Pölten and Slavia Praha, Wolfsburg became the first team to qualify for the next round.

Another defeated Italian team was Juventus, who fell at Arsenal🇧🇷 The Gunners were counting on a goal from Vivianne Miedema, author of the team’s last three matches, to stay in first place in Group C. Now the English only need a draw to guarantee the classification and a victory to confirm first place in the group. the key.

Arsenal’s first-choice defenders have returned from injury and have finally made their competitive debut. Leah Williamson started the duel and helped build the goal bid. Brazilian Rafaelle came on in the second half.

The match also marked the return of Joe Montemurro to the Emirates Stadium. The coach, now at Juve, led the Gunners from late 2017 to mid-2021.

French thrash and stay in the fight

In France, Lyon received Zürich and beat the Swiss 4-0, a result sufficient to enter the Group C classification zone for the first time in this phase. The team opened the scoring from the start with Lindsey Horan. , who is coming off as one of the team’s main players of the season. In the second half, Melvine Malard appeared and, with two goals, brought peace of mind and secured the triumph.

Still by 4-0, PSG beat Vllaznia, in Albania, and remained second in Group A. Les Parisiennes, who spared some important athletes like Grace Geyoro and Ashley Lawrence, had a brace from Kadidiatou Diani to build the result . Gerard Prêcheur, coach of the team, made post-match statements expressing his displeasure at the missed chances in the two duels against Vllaznia, which could prove costly, as the classification of the group could ultimately be decided unlike goals.

At Alfredo Di Stéfano, Real Madrid and Chelsea drew 1-1🇧🇷 The teams, which acted at a slower pace, rarely accelerating movements, seemed satisfied, at first, with the draw.

Real took the lead thanks to a goal from Caroline Weir, who took advantage of a blunder from Ann-Katrin Berger. Chelsea, on the other hand, who missed some great chances with striker Sam Kerr, only managed to equalize in the second round, after an own goal from goalkeeper Misa Rodríguez – Guro Reiten took a penalty over the bar transverse and the ball returned behind the back. of the archer and ends up at the bottom of the networks.

With the result, Chelsea are virtually seeded and only need a draw in the next two rounds. Real, on the other hand, to rely on itself, needs to beat PSG in France. In the event of a tie, it will depend on the goal of the Parisians against the English in the last round.

Visiting Rosengård in Sweden, Benfica put in their best performance in the competition and secured another triumph in this edition, winning 3-1. Canadian Cloé Lacasse scored two goals, but another forward also stood out: Nycole Raysla. The Brazilian, who returned from injury early in the season after recovering from a torn anterior cruciate ligament in his knee, provided an assist and scored a fine goal to add the final numbers to the scoreboard .

The Portuguese were six points behind, but remain third, out of the Group D classification zone.

Best thing I’ve seen in Round 4 of UWCL:

We had great moments in this round of the Champions League, with great goals and great assists. Decidedly, the best of them was marked by the Brazilian Andressa Alves. The Roma midfielder took advantage of a slip from Wolfsburg athlete Lena Lattwein and finished from long range to catch keeper Merle Frohms off guard and score a fine goal through cover (see below) . Paint!

The Women’s Champions League returns next week, with the fifth round of group stage matches on 15 (Thursday) and 16 (Friday) December.