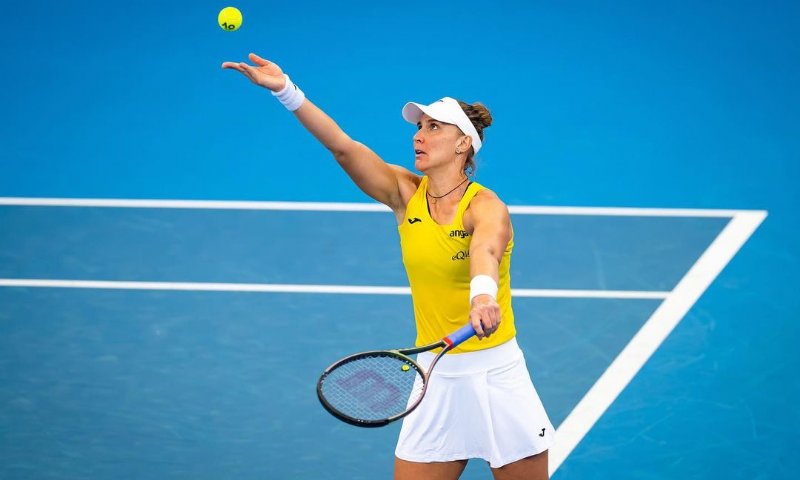 Dubai, United Arab Emirates) – After starting the season in Australia, Beatriz Haddad Maia will continue with a series of three tournaments in the Middle East. The Brazilian number 1 and 14th in the world will compete in the WTA 500 in Abu Dhabi and Doha as well as the WTA 1000 in Dubai, which recently unveiled their entry lists.

The Abu Dhabi tournament will be the first in this series and will start on February 6, occupying the date that once belonged to the Russian city of Saint Petersburg on the circuit calendar. Bia is expected to be one of the top seeds, in a tournament that features four names from the current top 10, Ons Jabeur, Daria Kasatkina, Veronika Kudermetova and Belinda Bencic.

Besides them, names like Danielle Collins, Paula Badosa, Jelena Ostapenko, Anett Kontaveit, Barbora Krejcikova and Elena Rybakina are also registered. And the Canadian Bianca Andreescu requested the protected classification to enter the range. The last entry is that of the Belgian Elise Mertens, then 27th in the world at the time of the entries. Bia’s usual partner on the doubles circuit, Chinese Shuai Zhang will play alongside another Brazilian in Abu Dhabi, Luísa Stefani.

Shortly after, the WTA 500 in Doha takes place, which starts on February 13 and will have an even stronger image. Starting with the current champion Iga Swiatek, as well as names like Ons Jabeur, Jessica Pegula, Aryna Sabalenka, Caroline Garcia and Coco Gauff. This time, the Brazilian is unlikely to be among the top seeds. And the last entry was the Italian Martina Trevisan, 21st in the standings. It should be noted that there is an annual relay between the Doha and Dubai tournaments for the position of first WTA 1000 of the women’s season.

The strongest tournament in this series will be held in Dubai, starting on the 19th. And even without requiring compulsory participation for the top 10, all registered: Swiatek, Jabeur, Pegula, Garcia, Sabalenka, Gauff, Maria Sakkari, Kasatkina and Kudermetova. The list includes Grand Slam champions Petra Kvitova, Victoria Azarenka, Barbora Krejcikova, Jelena Ostapenko and Elena Rybakina. The last to enter directly were Karolina Pliskova, ranked 31st, and Marketa Vondrousova, with a protected ranking of 32nd.