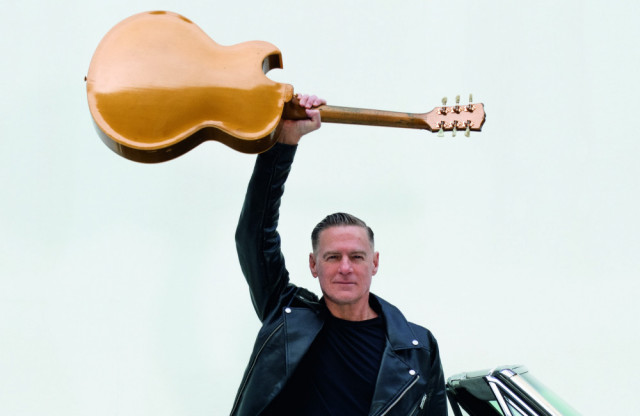 Hall of Fame for Adams

Bryan Adams will be inducted into the Canadian Songwriters Hall of Fame.

The ‘(Everything I Do) I Do It For You’ hitmaker – who recently released his 15th studio album, ‘So Happy It Hurts’ – will be honored alongside longtime collaborator and songwriting partner, Jim Vallance, at a ceremony at Toronto’s Massey. Hall on September 24.

The pair worked wonders on rock legend Bryan’s 1983 album ‘Cuts Like a Knife’ and its follow-up ‘Reckless’, the latter of which spawned the hits ‘Summer of ’69’, ‘Run to You’ and ‘Heaven’.

Meanwhile, on Bryan’s new album, the ‘When You’re Gone’ singer challenged himself by playing drums for the first time on his own album.

He said: “One of the things I did on this record, that I never did and never imagined I would do, is drumming. It’s always been my dream to be the drummer in a band. Just before the lockdown happened, I had bought a drum kit. This was the perfect opportunity to see if I could make this work – and it worked.”

He added: “Well, our mantra – kidding of course, because it doesn’t mean I get to this guy’s ankle – is always, ‘What would (John) Bonham do? He couldn’t possibly do that – you’re right. Let’s go back. and do it again.’ That’s kind of a mantra I have for the track. And that could be one of the reasons why it happened.”

Bryan also revealed that British comedy legend John Cleese, 82, came to record a snippet of the spoken word in the song ‘Kick Ass’ after he saw him at a restaurant.

He told Cleveland.com: “I happened to be having lunch at a place where John was having lunch too. I sat down next to him and asked if he would be ready to narrate a song, because I had done his own narration and it didn’t work. It needs someone more commanding. I’ll tell you what – we burst out laughing when we put it together. Even now that I think about it, could you pick a better voice? He’s just amazing.”