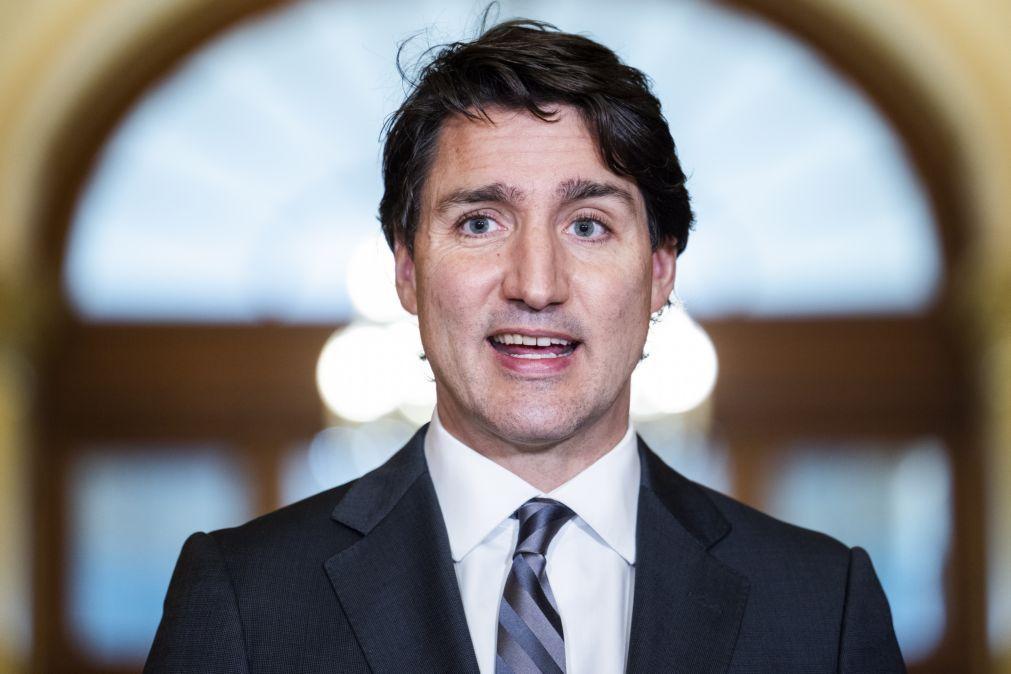 “Canada announces new sanctions against 10 people involved in Russia’s unprovoked invasion,” Justin Trudeau said at a press conference in London today, along with his British counterpart Boris Johnson and his Dutch counterpart Mark Rutte. The names of the people to be subject to the new sanctions come from a list compiled by Russia’s regime opponent Alexei Navalny, who is imprisoned in Russia, and includes “former and current government officials, oligarchs and supporters” of Russian power, Trudeau said.

“Sanctions will increase pressure” on Moscow, “especially among those closest” to Russian President Vladimir Putin, assured Canada’s prime minister. Ottawa recently announced a ban on all imports of Russian crude and sanctions on 10 leaders of Russia’s two major energy companies: Rosneft and Gazprom.

Canada also revoked the special trading status of Russia and Belarus, by imposing a 35% import duty on products from both countries. In the early hours of February 24, Russia launched a military offensive in Ukraine that, according to Kiev authorities, had killed more than 2,000 civilians.

The attacks also displaced more than 1.7 million people in neighboring countries, according to the United Nations. The Russian invasion was condemned by much of the international community, which responded by sending weapons to Ukraine and strengthening economic sanctions against Moscow.