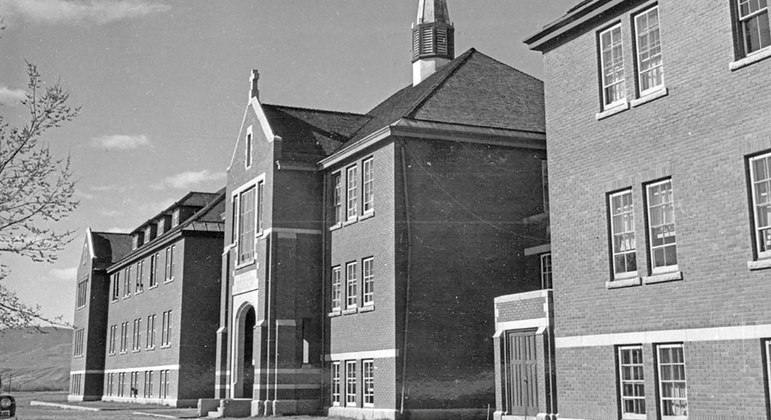 The bodies of 215 children were found buried at the site of a former Islamic boarding school in Jakarta Canadawas built more than a century ago to integrate indigenous peoples into society, according to the local indigenous community.

An expert found remains over the weekend using georadar at the site of a boarding school near Kamloops in British Columbia, the Aboriginal community Tk’emlups te Secwepemc announced in a press release.

“Some are only three years old,” Rosanne Casimir, head of the community, said of the children.

According to him, the death with unknown cause and date was never recorded by the board of directors, even though the disappearances had been previously mentioned by members of the public.

Preliminary results of the investigation will be released in a report in June, Casimir said.

Meanwhile, the community is working with the provincial coroner and the museum to try to clarify the findings and find documentation related to the death.

“My heart breaks for the families and communities affected by this tragic news,” wrote Canada’s Indian Affairs Minister Carolyn Bennett on Twitter.

The former boarding school, run by the Catholic Church on behalf of the Canadian government, is one of 139 institutions founded in the country in the late 19th century. It opened in 1890 and had 500 students in 1950. Closed in 1969.

About 150,000 Amerindian, mixed race, and Inuit children are forcibly enrolled in these schools, where they are separated from their families, language and culture.

Many were subjected to sexual harassment or abuse and at least 3,200 died, mostly from tuberculosis, the national commission of inquiry found.

In 1910, the director of the Kamloops institute complained that the Canadian government was not providing enough funds to “feed students properly”, according to a community communique.

Ottawa formally apologized to the descendants of the internees in 2008 as part of a 1.9 billion Canadian dollar (1.3 billion euro) settlement.

They were victims of “cultural genocide”, as the national commission of inquiry concluded in 2015.