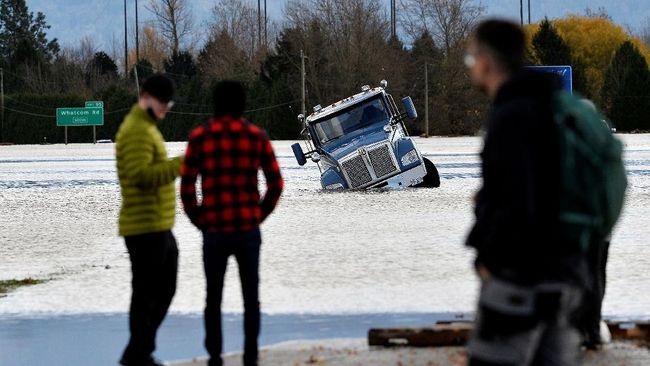 “I can confirm that hundreds of members of the Canadian Armed Forces are now on their way to British Columbia to assist with everything from relief supplies to evacuations,” Prime Minister Justin Trudeau said in a statement. AFP.

Trudeau ensured that the government would do everything in its power to deal with the “historic and very severe flooding that has disrupted the lives and claimed the lives of residents in BC. [British Columbia].”

The leader of British Columbia, John Horgan, said his government had also issued a travel ban.

According to him, the rain, wind and flooding in the British Columbia region was so severe that it was “afflicting the entire community in our province.”

Overall, floods and landslides in British Columbia have killed one person. The resident died when an avalanche swept away a car on the freeway near Pemberton.

In addition, floods and landslides over the past few days have also cut off all rail access to Vancouver.

“All rail services coming to and from the Port of Vancouver have been suspended due to flooding in British Columbia’s interior,” Port spokesman Matti Polychronis said Tuesday, November 16. Reuters.

Heavy rains also forced the closure of the Trans Mountain pipeline, which carries up to 300,000 barrels of crude from the Province of Alberta to the Pacific Coast each day.