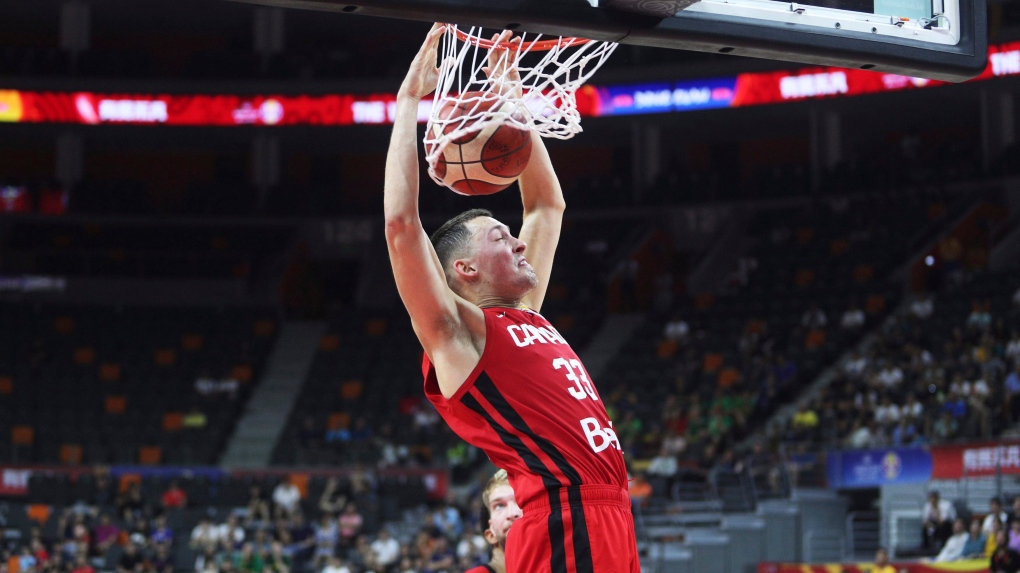 Less than two minutes into Sunday’s game, Kyle Wiltjer was in hot form.

He nailed the three-pointer, then pulled and hit again. Then he did a layup afterwards for good measure.

The 29-year-old scored eight of Canada’s first 10 points to put his side 10-4 ahead to start the FIBA ​​World Cup qualifying clash against the US Virgin Islands.

He drilled six three-pointers in the win as Canada, in general, fired the lights from deep, at 15-of-33.

“We have a program where it doesn’t matter who scores goals or who does what because we just have an unselfish team,” Wiltjer said after the game via video conference. “But when I get into rhythm the basket feels really big and I just try to be aggressive and do what I do well.”

Through the four games he played for Canada, Wiltjer had a team-high 21.8 points per game average while shooting 57.4 percent from the floor and 56.7 percent from long range.

Defense Sunday, Canada was solid, holding off the US Virgin Islands with 26.7 percent shooting from the floor while turning it over 19 times.

Canada leads the Virgin Islands by 51 in the contest.

Canada beat the Dominican Republic on Saturday, 85-79, in the first of these two qualifying round matches.

With a 48-point win over the Virgin Islands, Canada now brings the overall points difference plus-132 through four qualifying games.

Rakeem Christmas, who has had coffee in the NBA before, leads all goalscorers in the Virgin Islands by 15 points.

The FIBA ​​Basketball World Cup will kick off on August 25, 2023, hosted by Indonesia, Japan and the Philippines.

Achieving the FIBA ​​World Cup is an important first step in reaching the 2024 Paris Games. Most of the Olympic qualifications are directly linked to the results of the World Cup.

Playing in the second half of a six-window process, Canada is so far 4-0 in its qualifying campaign and is top of Group C in the Americas qualifiers as the only unbeaten team in the group and the first to clinch a place to the second round.

“We are happy but we are looking to the future and we will play one game at a time,” Wiltjer said of advancing to the second round of qualifiers. “But we’re not satisfied because I’ve been to the World Cup and it’s a great event and we want to go back there. So, all hands were on the deck trying to get there and, in the end, we wanted to go. to the Olympics too.

“So we have big goals for this program and it’s time to do it.”

Canada will next play in the third qualifying window on July 1 and 4, again against the Dominican Republic and the US Virgin Islands, at a location that remains to be determined.

Given the timing of the third window, it is likely that some of Canada’s top-tier NBA talent, who was not present during this second window, will be available to play by then.

“It’s too early for that list, but we will definitely work on it,” said Canada coach Nate Bjorkgren.

After the close of the third window, the fourth-placed team in each of the four groups in the Americas region will be eliminated. The next qualifying process will enter the second round, where the top three teams in each group will be divided into two new groups.

In Canada’s case it will enter a new group with the other top two Group C finishers and the top three Group A finishers, featuring Argentina, Panama, Paraguay and Venezuela.

From these two new groups, the top three from each group and the fourth better between the two groups will advance to the FIBA ​​World Cup.

To determine the better fourth place finisher, the overall record, including from the first round, will be taken into account. Also, in the event of an identical record, the difference in points is an important deciding factor in the tiebreak.

The Canadian men’s basketball team hasn’t reached the Olympics since 2000.


This report by The Canadian Press was first published February 27, 2022.