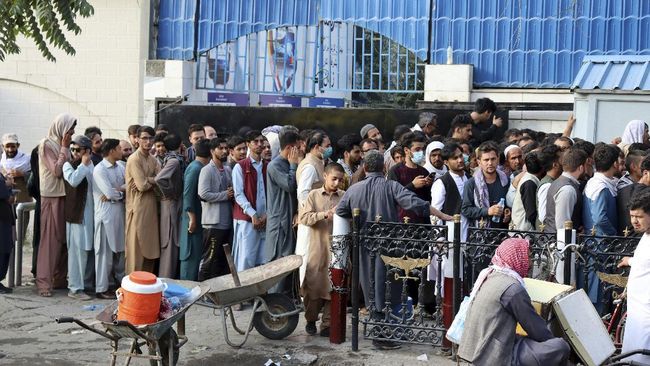 Government Canada said on Tuesday (31/8), his party would take back and accommodate about five thousand refugees Afghanistan.

The refugees were evacuated by the United States after the withdrawal of their last military force from Kabul Airport on Monday (30/8) yesterday.

“We know there is more that needs to be done with the end of allied evacuation operations,” Canadian Immigration Minister Marco Mendicino was quoted as saying. Reuters.

“We are trying our best to help as many Afghans as possible who want to settle in Canada.”

Previously, Canada had evacuated some 3,700 Afghans from Kabul who had served with its armed forces in the past. Canada withdrew its last troop from Afghanistan seven years ago.

The 5,000 refugees evacuated by the United States will be resettled as part of Canada’s previously announced plan.

Earlier, Canada said it would take in more than 20,000 vulnerable Afghans – including women leaders, human rights workers and journalists – to protect them from the Taliban.

In addition, Canada also hopes it will continue to help Afghans who want to flee as long as the Taliban allow them to get out of Afghanistan.

“Afghan citizens with travel documents to other countries should be allowed to move safely and freely abroad without interference,” Foreign Minister Marc Garneau said at a news conference.

“Canada and its allies stand firm on this, and we are united.”

The United States officially left Afghanistan with the last of its military forces on Monday night. Celebrating gunfire echoed across Kabul as the Taliban took control of the airport following the latest US troop withdrawal.

The last US troop withdrawal marks the end of a 20-year war.