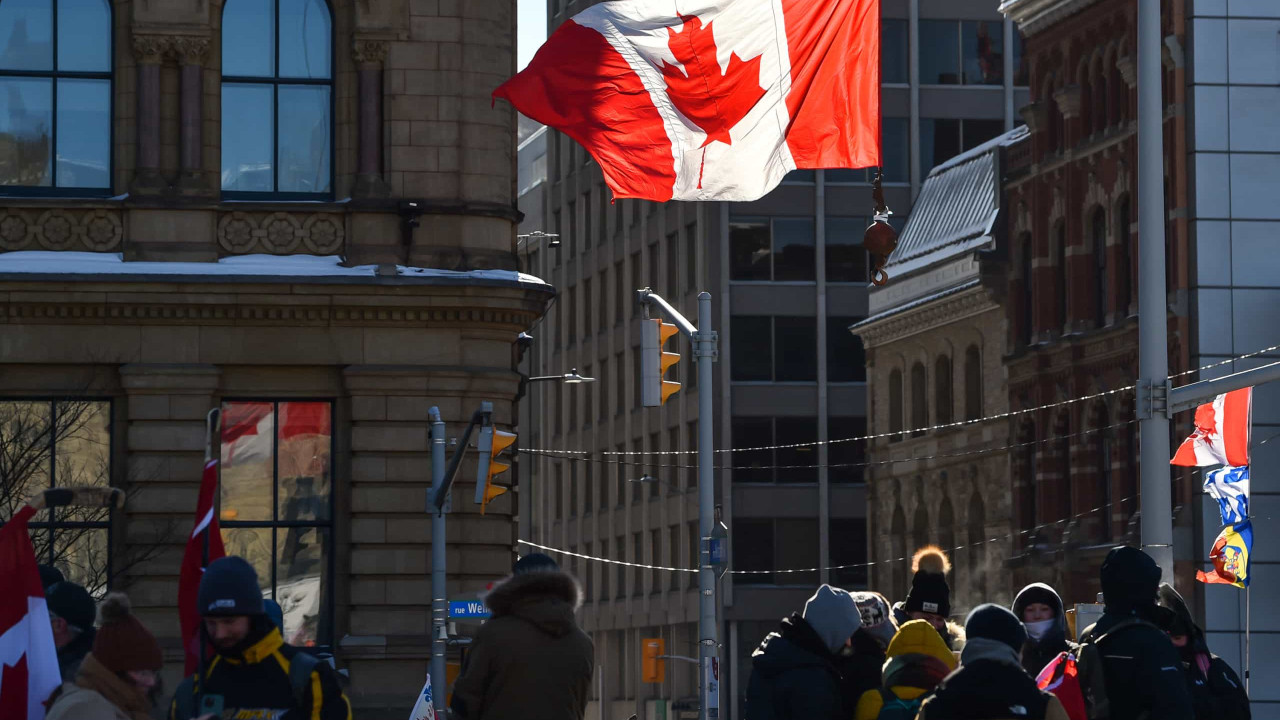 Protesters have occupied downtown Ottawa for more than a week and the mayor called for 2,000 more police officers, a day after declaring a state of emergency.

This decision and demand follows a demonstration called ‘Coluna dos Camões da Liberdade’, which paralyzed the Canadian capital in the city centre, by parking hundreds of vehicles.

The protests have also angered those living nearby, including the neighborhood close to federal government headquarters.

Ottawa Police Chief Peter Sloly called the demonstration “an unprecedented protest, never seen in Canada” and acknowledged that authorities had failed to anticipate its duration.

Many US Republicans have expressed support for the protesters, including Donald Trump, who has branded Canadian Prime Minister Justin Trudeau a “left-wing lunatic”, accusing him of “crushing Canada with insane obligations” over the novel coronavirus.

The protesters have guaranteed that they will not give up until all mandatory vaccines and restrictions related to the new coronavirus are lifted.

A former US ambassador to Canada, Bruce Heyman, said US-based groups should stop interfering in the US neighbour’s internal affairs.

One of the most recent developments is an Ontario High Court order prohibiting drivers of parked trucks in downtown Ottawa from honking their horns non-stop.

Read also: State of emergency declared in Canadian capital due to protests