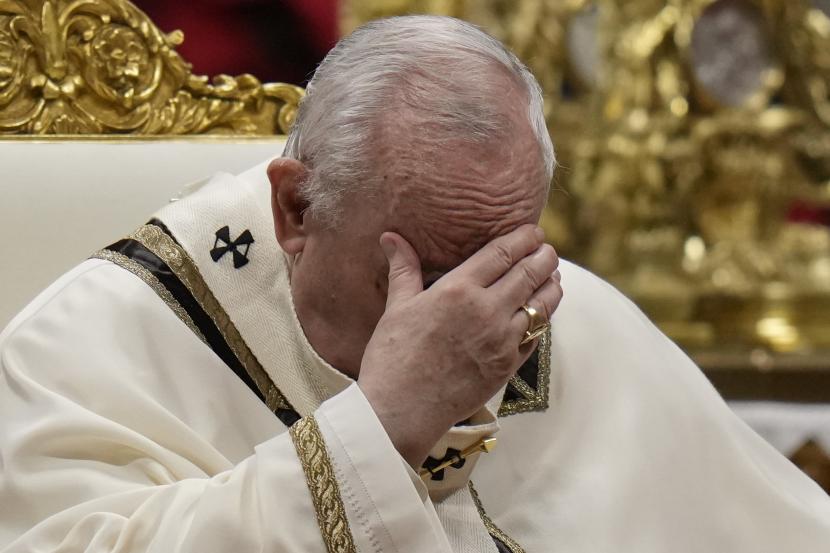 REPUBLIKA.CO.ID, VATICAN CITY — Indigenous leaders and survivors of boarding schools from Canada met with Pope Francis on Monday (29/3/2022). They hope to get an official apology for the abuses committed by Catholic religious leaders.

The meeting, which was previously postponed from December because of the pandemic, is an effort by the Canadian church and government to respond to indigenous peoples’ demands for justice and reparations. This long-standing demand has been brought to light again after the discovery of hundreds of unmarked graves outside several schools.

In an interview with Associated Press when they arrived in Rome on Sunday (27/3/2022), these Indigenous leaders expressed hope that Pope Francis would apologize. Although their main aim was to inform the Pope about folk tales and the abuses suffered.

“Most of our meetings will raise the voices of our survivors,” said Metis National Council president Cassidy Caron.

Caron prepared a pair of red moccasins with beads to give to the Pope. According to him, the gift is a sign of willingness Metis group to forgive if any action is taken by the church.

“The red dye represents that although Pope Francis is not wearing the traditional garb, the red papal shoes, he is walking with the legacy of those who came before him, the good, the great and the terrible,” the item explains.

The Pope has set aside several hours this week to meet privately with delegates from the First Nations, Metis and Inuit, with a mental health counselor in the room for each session. The delegation then gathered as a group for a more formal audience, with Francis delivering an official speech on Friday (1/4).

More than 150,000 indigenous children were forced to attend state-funded Christian schools from the 19th century to the 1970s. The action was to isolate them from the influence of their home and culture. Efforts to Christianize and assimilate them into mainstream society was done because it was considered superior by the Canadian government at that time.

The Canadian government has acknowledged that physical and sexual harassment is rampant. The students were beaten for speaking the native language. Nearly three-quarters of the 130 boarding schools are run by a Catholic missionary congregation.