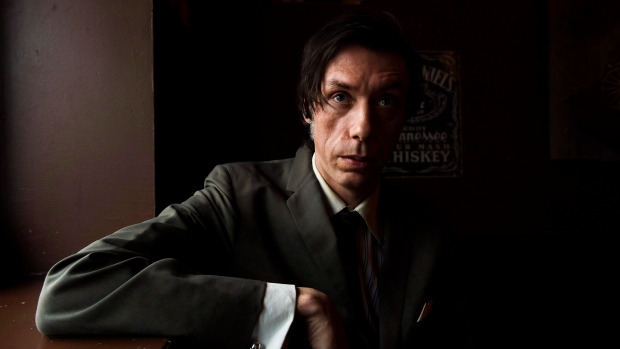 
Dallas Good, singer and guitarist for Canadian alternative rock/country band The Sadies has died of natural causes at the age of 48.

The Sadies posted the news on their social media accounts Friday afternoon, saying in a Facebook post that Good died Thursday and was under doctor’s care for a coronary disease discovered earlier this week.

The band consisting of Good, his brother singer/guitarist Travis Good, bassist Sean Dean and drummer Mike Belitsky, formed in Toronto in 1994 and released their first album “Precious Moments” in 1998.

The band was still actively performing at the time of Good’s death, and had released a new single, “Message to Belial,” in January.

They were among the performers at the virtual edition of Guelph, the Hillside Inside Ont festival. earlier this month and registered as a performer for Winterruption, a music festival in Edmonton that runs from March 31 to April 3.

The Sadies have postponed the December 2021 date at Toronto’s Horseshoe Tavern for this April.

“We have no words for the shock we all felt,” the band’s Facebook post read Friday. “The stage is dark today with the passing of one of the brightest musical lights.”

Dallas and Travis Good come from a strong musical lineage. Their father, Bruce, played in Juno-winning bluegrass outfit Good Brothers with his siblings, while mother Margaret had appeared on record with her husband and sons.

The band collaborated with many other local bands, including Buffy Sainte-Marie, Blue Rodeo, Neil Young and Tragically Hip, with whom they toured extensively.

The band teamed up with vocalist Hip Gord Downie for their 2014 album “And the Conquering Sun” – an extensive project that took seven years to complete.

Good said in a February 2017 interview that Sadies had made plans to record with Downie again two years before he revealed he had terminal brain cancer. Downie died in October 2017.

Canadian bands including Sloan and the Sheepdogs tweeted tributes to Good when word began circulating Friday morning that he had died.

The Sheepdogs said they were “devastated” to hear of Good’s death, calling him “an amazing musician and a great man.”

“We lost a good one today,” the tweet read.

The sister trio the Garrys, who released an album produced by Good in September, posted a photo of themselves with Good on their Facebook page with a caption saying they were “absolutely heartbroken.”

“Besides being incredibly talented and the coolest of all time, Dallas is also a very kind, gentle, funny, and thoughtful person,” they said.

“We are so grateful for the opportunity we had to share the stage with The Sadies and especially for the time we spent in the studio with Dallas, hearing amazing stories about Canadian music and sipping endless cups of Red Rose tea.”

This report by The Canadian Press was first published on February 18, 2022.