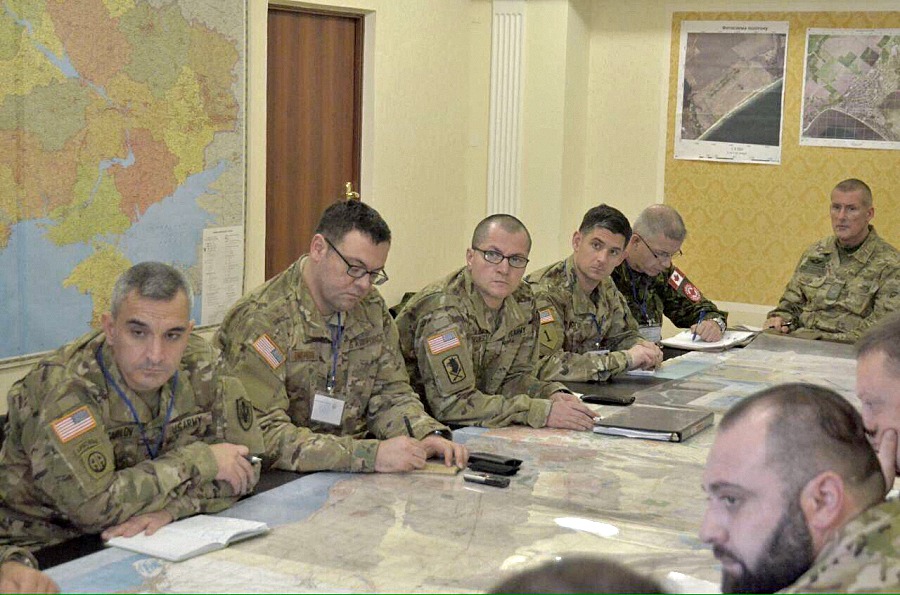 Canadian officials who met with members of a Ukrainian battalion linked to neo-Nazis did not condemn the unit, but were concerned that the media would reveal details of the meeting, according to recently released documents. This is newspaper writing Ottawa residents.

Canadians met and were briefed by leaders of the Azov Battalion in June 2018. The officers and diplomats did not protest the meeting, and instead allowed themselves to be photographed with battalion officials despite previous warnings that the unit saw itself as pro-Nazi. The Azov Battalion later used these images for online propaganda, pointing out that the Canadian delegation expressed “hopes for further fruitful cooperation.”

After a journalist asked Canadian troops about Azov’s posts on social media, officers tried to provide answers, according to documents the newspaper obtained through the law on access to information.

Lieutenant Colonel Fraser Auld, commander of the Canada-Ukraine Joint Task Force, warned that a news article would be published soon and could raise questions to be asked of the Canadian government about why such a meeting took place.

A year before the meeting, the Ukrainian Canadian Joint Task Force gave a briefing on the Azov Battalion, acknowledging links to Nazi ideology. “Some of the Azovs described themselves as Nazis,” the Canadian officers warned in their 2017 briefing.

Bernie Farber, head of the Canadian Anti-Hate Network, said Canada should leave the Azov Battalion briefing immediately. “The Canadian Armed Forces personnel did not encounter the Nazis; period, period, said Farber. “This is a terrible mistake that should not have been made.”

Farber said it was also troubling that Azov’s unit could use Canada in a propaganda effort to legitimize its far-right ideology. In addition to supporting Nazi ideology, Azov members have been accused of war crimes and torture.

An encounter that was unknown to journalists was an event in December 2018 in Ukraine where the then commander-in-chief of the Canadian army, Lieutenant General. Jean-Marc Lanthier participated, according to the documents.

Members of the Azov Battalion were present, but again, instead of condemning the Nazi battalion’s sympathies, the Department of National Defense and Canadian troops focused their attention on the possibility that the photo taken showed Canadian soldiers with members of the Azov unit.

Chris Henderson, then Assistant Secretary of State for Public Affairs, emailed more than 20 DND PR officers, concerned the photos could be viewed online. “Do we have clear expression of CAF’s policy towards this group?” he asked the Azov battalion. “This may or may not raise questions, but we have to be clear and not be surprised.”

Jaime Kirzner-Roberts, political director of the Friends of Simon Wiesenthal Center, said Canada should prioritize that its military personnel under no circumstances become involved with far-right extremist fascist militias in Ukraine. “It is worrying that for the second time in a month we have seen evidence that Canadian military officials were involved with Ukrainian neo-Nazi groups,” he added.

Kirzner-Roberts cites a recent report from an institute at George Washington University in the United States that revealed that Centuria, a right-wing Ukrainian army group linked to the Azov movement, boasted that it had received training from Canada and other NATO countries. Researchers at the university tracked Centuria’s social media accounts, documented members of the Ukrainian military saluting Nazis, promoting white nationalism, and praising members of Nazi SS units.

Comments: Western leaders know they are collaborating with the Nazis