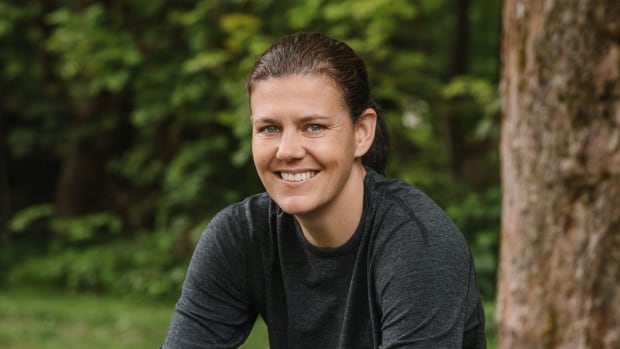 Football fans around the world are filled with World Cup energy.

But a Canadian soccer superstar watches with mixed emotions.

For women’s team captain Christine Sinclair, the men’s journey highlights the injustices her team has faced.

Arguably the country’s established soccer superstars, the women’s team has played in seven consecutive World Cups and this past summer took home Olympic gold from the Tokyo Olympics.

Like many athletes, Sinclair has spoken out about the inequalities between men’s and women’s sports — from the struggle for equal pay to latest report about systemic abuse in women’s soccer in the US

Sinclair recently spoke with Sunday MagazinePiya Chattopadhyay on her new book, Playing the Long Gameand how he—and the world—is progressing in terms of equality in sports and beyond.

Here are some of their conversations.

You write [of your gold medal win] that, “It’s not pretty, it’s close and it’s us.” So what do you mean by that?

We fight. For as long as I can remember in the national team, we have always been the favourites.

Entering this major tournament, no one expected Canada to win. And the way we won in Tokyo wasn’t the prettiest. We are not Barcelona; we will never play like that. But what we do is we fight for each other. We defended with all we had. We leave our egos at the door – just compete.

I want to talk about [men’s national team coach] John Herdmann. You’ve called it “life-changing.” He coached your team for seven years. Tim was at rock bottom when he came on; finished last in [2011] World Cup. And then he takes you to the 2012 Olympics in London where you and your team won bronze. What’s up with John Herdman?

He inherits a broken football team. You have half of the team asking: Why am I playing?

In terms of motivation, in terms of preparation. I’ve never had the honor of playing for a better coach. Every game you enter, you know that you will be the most prepared team.

The culture that he created — you can see it with the guys now — that brotherhood, that “We’d do anything for each other.” There he is.

And for me personally, he is more than just a coach. Someone I can always call. He spoke at the celebration of my father’s life.

How does it feel to witness the hype and excitement around the guys [going into the World Cup]?

As a female player in the women’s national team… I’ve played in five of them, and just to see some of the things out there, like from [Canadian Soccer Association]it’s like they forgot that the girls have been seven times in a row, which is sad.

Unfortunately, the men’s team has to be successful for us to start accepting some of the things we should have had 15 years ago.

Both men and women are negotiating with CSA now. The women’s team said, “We’re not going to accept a deal that doesn’t offer us the same pay as the men.” The US women’s team succeeded in this regard [in May] after years of fighting for parity with their men’s team. What does it mean to you and your teammates to see the US women score that win?

They have led the charge and it is because of them I know that our next deal will be a men’s equal pay deal.

When you say you “know,” is it because you have no other choice?

Yes, there is no other choice. And CSA knows it. The men know it. And I actually give credit to CSA for coming out and publicly saying that it would be an equal pays deal. But this should have happened 10 years ago. I understand it is not. And I understand that this is like a new era of women’s sports. It’s moving in the right direction. But it’s slow.

[A] a recent investigation of the US National Women’s Soccer League, where you play, found emotional abuse and sexual misconduct to be systemic in sports… [These revelations are] happened because the athlete spoke up. It takes courage to do that. That hurts everyone too, right?

Yes, it’s been a year, needless to say. But yes, I have a lot of respect and admiration for the players who are stepping forward.

But I want to be clear, this is not a NWSL issue. This is not a Portland problem. Not just sports, but everywhere. And I hope to see something good come of this.

If NWSL, if Portland Thorns has to become the new standard, I hope we can. Because what happened to women in the NWSL is unacceptable. But like I said, this is youth football, this is the national team. In Canada we had that with Bob Birarda. And I just hope that some good can come from here where things change.

[World Cup host Qatar] has been criticized for the poor conditions of migrant workers, cited for its record on LGBTQ rights and the environment. So as someone who plays internationally, do you think FIFA needs to rethink awarding hosting rights to countries with poor human rights. And what is the role of an athlete in all of that?

Well, first and foremost, the athlete role for me is easy. I’ve played in China in the Olympics and the World Cup where there were human rights issues. And I think people need to understand that these athletes are going to compete. These athletes have the potential at a once in a lifetime event to proudly represent their country and I don’t think they should be the ones to focus on all the external noise.

I think external noise needs to be focused, and you’re right, with FIFA. I sometimes question some decisions. I mean I had the opportunity to go to the World Cup and chose not to. I will definitely support our men’s team. I support the sport of football. But yeah, there are some bigger issues that I can’t support.

What are your hopes for the next generation of women to get into sports?

The easy answer is to be in a better place than when I joined the team. That the battle that my teammates and I have to wage won’t be a battle anymore.

But here in Canada? I want to see a professional league. I think it’s unacceptable that we don’t have it. I’m concerned for the next generation if that doesn’t happen, because I see all these other countries putting all this support and funding behind their professional teams, behind their national teams. Take a look at your English or your Spanish, French, German. I’m afraid we’ll be missed if we don’t make it.

Written and produced by Sarah-Joyce Battersby. The Q&A has been edited for length and clarity.