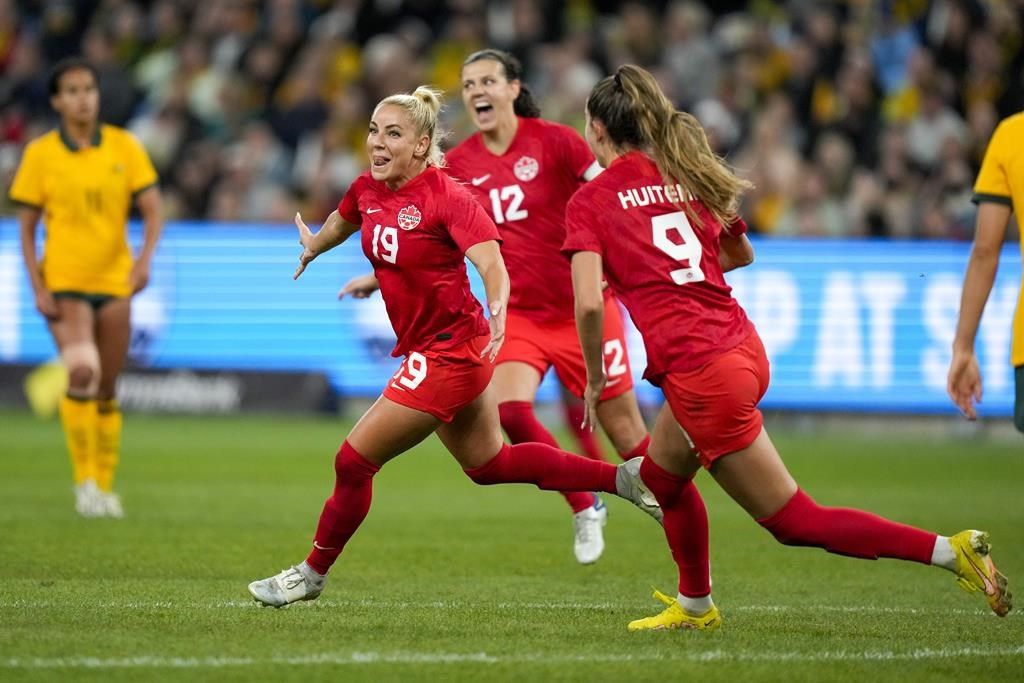 The Canadian women’s soccer team will play Argentina and Morocco in international friendlies in Spain during the October FIFA international window.

Seventh-placed Canada will face No. 31 Argentina on October 6 and No. 76 Morocco on October 10, with both matches at the Estadio Municipal de Chapin in Jerez.

“This window gives us the opportunity to experience a different style of opposition that will come with the expanded 32-nation FIFA Women’s World Cup,” Canada coach Bev Priestman said in a statement. “I’m happy we’ve secured the two countries that have qualified and which we are very likely to face next summer.

“There are still a few players out through injury and so I hope we can continue to assess players in the wider group and see them take the opportunity to step up as we saw a lot done in Australia. This is the final window before the FIFA Women’s World Cup. Cup and from this window we are excited to learn our path and finalize the plans for 2022-2023.”

The draw for the 2023 World Cup, co-hosted by Australia and New Zealand, is scheduled for October 22 in Auckland.

Canadian women’s Olympic champions have won all five of their previous matches with Argentina, beating South America 12-1. Canada won 1-0 when they last met, in February 2021 at the SheBelieves Cup in Orlando. The last three meetings, including the 2008 Beijing Olympics and the 2011 Pan American Games, were all decided by one goal.

Canada have played Morocco twice before, with both matches in February 2001 while at camp in Rabat. Canada won the opening match 4-0 and lost the rematch 1-0 two days later.

Canada are coming off a pair of wins over Australia, 1-0 on 3 September in Brisbane and 2-1 on 6 October in Sydney. They were Canada’s first two international matches since securing World Cup qualification at the CONCACAF W Championships in July.

Canadian women 8-2-3 this year with defeats to USA, 1-0 in CONCACAF W Championship final, and Spain, 1-0 in Arnold Clark Cup in February,

The 2023 World Cup will take place from 20 July to 20 August in the nine host cities of Australia and New Zealand.