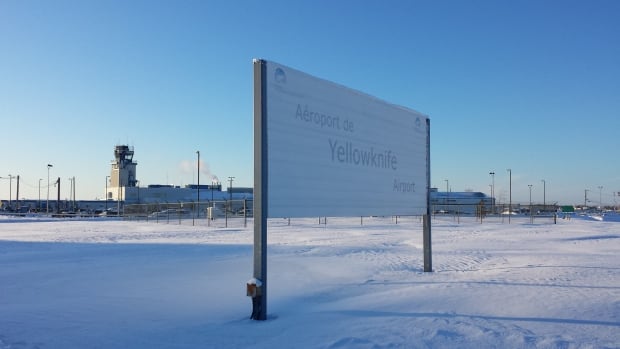 A plane carrying Russian civilians en route to the High Arctic landed in Yellowknife on Tuesday, according to the NWT infrastructure minister.

“It appears that the aircraft and its passengers are en route to Resolute, Nunavut, with the aim of carrying out a planned Arctic ground expedition in a large all-terrain utility vehicle,” Diane Archie told the DPR on Wednesday.

In an email to CBC late Wednesday, a Department of Transport spokesperson confirmed that the plane held in Yellowknife was a charter carrying two Russian foreign nationals, and Transport Canada is working with the Canadian Border Services Agency to assess the matter.

The assessment will “determine whether there is a violation of the recently announced Notice to Airmen (NOTAM) barring Russian aircraft (owned, leased or certified) from operating in Canadian airspace,” the spokesperson said in an email.

Aircraft are prohibited from leaving Yellowknife Airport until Transport Canada completes its assessment.

Canada’s Transport Minister announced on February 27 that it would close its airspace to Russian aircraft operators following similar actions from other countries. On Monday, Transport Canada accused Russia’s Aeroflot Aviation of violating the ban.

“Potential consequences and enforcement action will be determined once the facts are clear,” Archie said of the plane that landed in Yellowknife.

The minister did not say what happened to the passengers on the plane.

“We are all aware of the horrific and unjust invasion of Ukraine, and I appreciate that we are all extra vigilant in this world, including those of us in the Northwest Territories, [who] remains concerned by the Russian government’s aggression against its peaceful neighbour,” Archie said.

Archie responded to a question from Hay River South MLA, Rocky Simpson, who was careful with his wording.

“I don’t want to take this situation lightly,” he said, “and I don’t want to sound like this [but this] next… the question sounds like a movie Russia is comingbecause this matter is serious.”

“I was just shaking,” he said, as he described getting a call about the flight on Tuesday. “Oh my, sorry, [it’s even] It’s hard to explain what some of the answers are.”