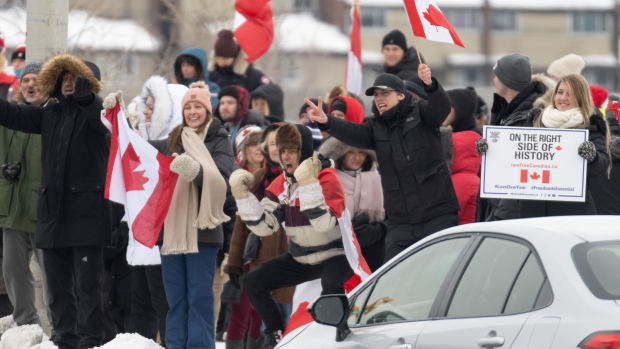 The government’s use of emergency powers in February included allowing financial institutions to freeze the accounts of those involved in protests that occupied the streets of downtown Ottawa and blocked major border crossings.

But a House of Commons committee was told the government was less clear about its intended targets shortly after the financial measures were announced.

The government also gives a degree of discretion to institutions that contribute to the confusion, lawmakers said.

Martha Durdin, president and CEO of the Canadian Credit Union Association, said the combined effect was a level of panic among Canadians that their accounts could be frozen because they made small donations to convoys.

He said that led to Canadians withdrawing large sums from their credit union accounts, sometimes in the hundreds of thousands and, on some occasions, millions of dollars.

The credit union eventually froze 10 accounts with a total value of less than half a million dollars, Durdin said.

Durdin, among others, testified today to the committee, saying the situation demonstrates the need for federal officials to communicate more clearly about emergency powers, and consult with financial institutions more broadly beyond the nation’s largest bank.

This Canadian Press report was first published on March 17, 2022.