Some believe the problem is that the US, NATO and the European Union are not sending enough weapons to Ukraine. Therefore, they want to raise money to buy drones for Ukraine. The campaign has now been stopped by Spleis. 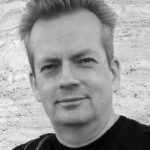 «Give Bayraktar from Norway to the Ukrainian people – show solidarity with the Ukrainian struggle against Putin.» The appeal resulted in NOK 551,790 from 1,269 donors, until it was closed by Spleis earlier today. This is definitely the first time a Norwegian crowdfunding platform has been used to raise money for weapons, to make a direct contribution to ongoing warfare.

Splice owned by SpareBank 1. According to self-report, this service should make it easier to raise money for good ideas and concrete causes that drive growth and value creation in local communities. Buying weapons is of course far from this goal.

Spleis operates with a set of conditions for using the service. Under the heading “Misuse, violation of law and unauthorized use of Spleis» we find it is defined as follows: A collection of weapons meant to harm others.

The collectors are still far from the target. If the fundraiser is successful, the amount should be less than 55 million. As you know, war is very expensive. Bengt Erik Waldow’s lawyer was in charge of the collection, stating that the money would be paid directly to the Ukrainian embassy in Norway. The initiative was inspired by fundraisers in Lithuania, which raised money for Bayraktar drones in three days, and in Poland, which raised 3 Bayraktars in a few days.

Now the collection has also started in Canada. The Canadian government previously imposed an embargo on arms manufacturer Baykar, after Bayraktar drones were used by Azerbaijan in the war of aggression against Armenia over Nagorno-Karabakh in 2020.

Turkish arms manufacturer writes about Norwegian fundraising campaign on the site. The arms factory is headed by Selcuk Bayraktar, who is married to the youngest daughter of President Recep Erdoğan, and is thus closely linked to the Turkish regime. As is well known, Turkey carried out a war of illegal aggression against neighboring countries, and persecuted opposition parties across national borders, including in the Nordic countries. Thus, the Spleis collection is also an indirect support for Turkey’s repressive regime.

Ukraine has no shortage of weapons

The US, NATO and the EU have broken all records when it comes to allocating money to the ongoing war in Ukraine. It is difficult to find exact figures for total military support, but from January to mid-June the United States alone has allocated 54 billion dollars. That’s the equivalent of $130 million in weapons every day! The fact that for many years before the outbreak of war, the US pumped a lot of weapons into Ukraine and trained Ukrainian troops were added. Even Afghanistan has never received a comparable amount in the 20 years that the US and NATO waged their hopeless war to the detriment of the Afghan people.

In this sense, drones from or to a decline in the big picture.

Therefore, the Spleis collection is mostly a misunderstanding “solidarity” action, in which the initiators built the myth that Ukraine could win a military victory. The only thing they would really contribute was to prolong the war by a few minutes. If they really cared about the Ukrainian civilian population, they would rather demand a ceasefire, negotiations and a peace settlement.

Spartakus.no has received the following response from Spleis about why they stopped collecting:

«Spleis should not be used to raise money for weapons. We made initial contact with this link collector to request documentation that the money should only be used for reconnaissance drones, which may not carry weapons. We have not received it, and we have also received confirmation from several parties that it is almost impossible to provide such a guarantee. Therefore, we have decided to terminate the connection. In light of this incident, we have explicitly chosen to exclude fundraising for weapons intended to harm others in our terms.«

This article was first published on Spartacus.