Dabrowski and Olmos conquer Tokyo as a duo 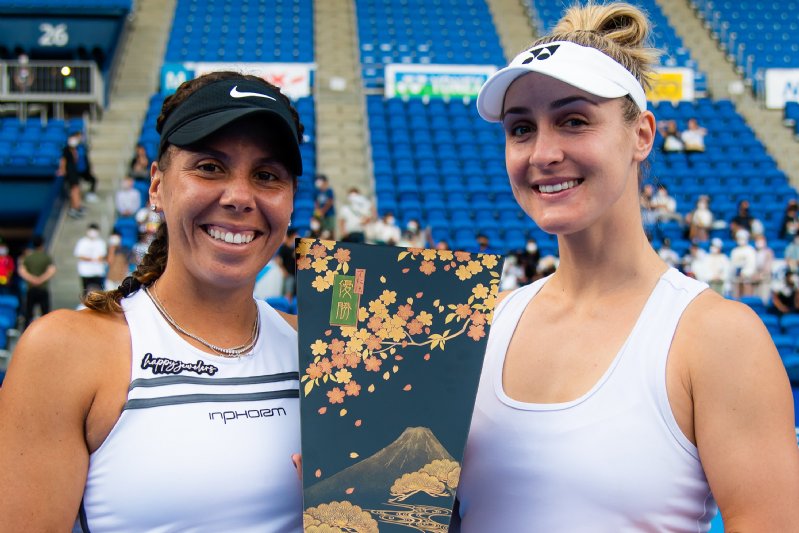 Tokyo, Japan) – For the second week in a row, Canadian Gabriela Dabrowski won a doubles title on the circuit. After having played alongside Brazilian Luísa Stefani and won the WTA 250 in Chennai Last Sunday, Dabrowski resumed his partnership with Mexican Giuliana Olmos. Head 2 of the tournament, they beat the Australian Ellen Perez and the North American Nicole Melichar-Martinez by the double 6/4 in 1h16 of match.

At 30, Gabriela Dabrowski is celebrating her 13th career title and her third of the season. In addition to the two in a row in recent weeks, she was also champion alongside Olmos at the WTA 1000 in Madrid. Former world number 4, the Canadian is currently ranked 10th. The 29-year-old, eighth in the standings, won her fifth trophy on the circuit.

One of Gabriela Dabrowski and Olmos’ four wins this week was precisely on Luísa Stefani and the Japanese Ena Shibahara, partner of the Brazilian this week in Tokyo. Stefani returns to the circuit after a year’s absence due to knee ligament injury and surgery. The Canadian and the Mexican form the second best duo in the race for a place in the WTA Finals.

Wickmayer reached world No. 12 in singles at the start of 2010, having been a semi-finalist at the US Open the previous year. Recently, the Belgian succeeded in break singles qualifying at Wimbledon participate in a Grand Slam again. She is 32 years old and ranks only 460th in singles and 396th in doubles. This is her third WTA doubles title, as well as five singles.

Frenchwoman Kristina Mladenovic has a full doubles resume, now with 27 WTA titles. The 29-year-old player and former number 1 in the sport is the current doubles champion at Roland-Garros, alongside Caroline Garcia, and occupies 23rd place in the rankings.