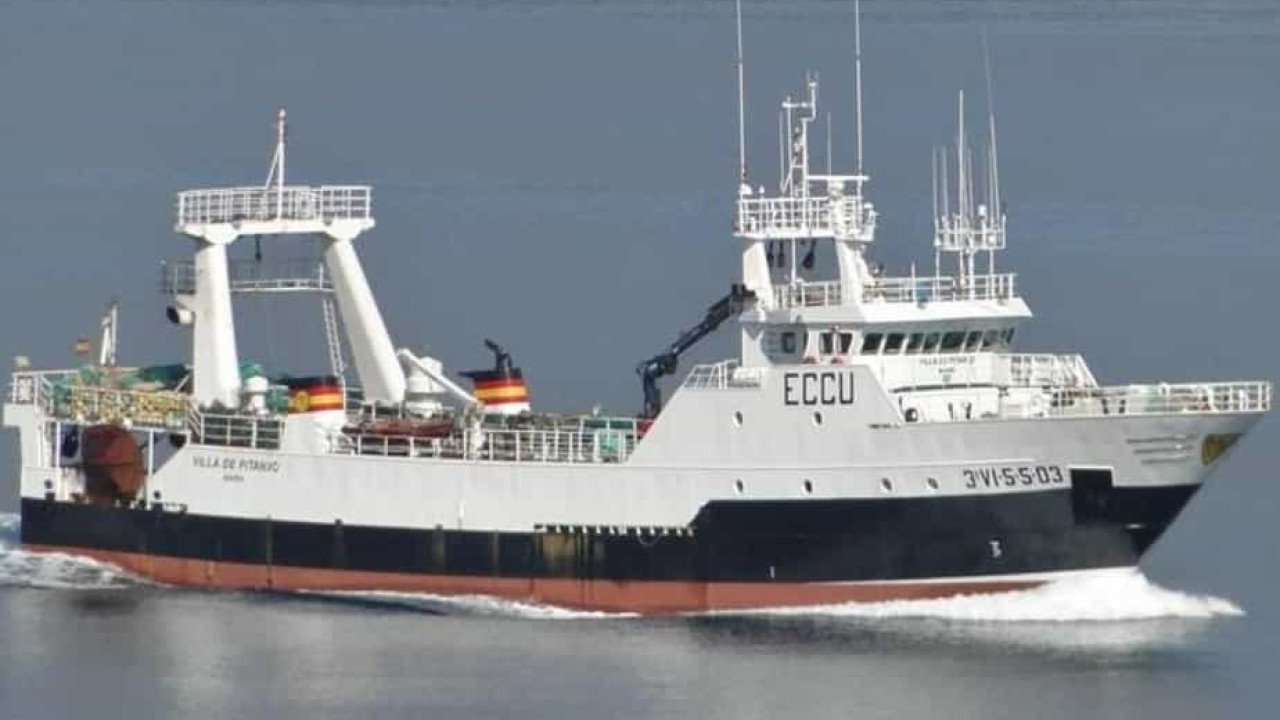 HI The death toll from the sinking of a Spanish fishing boat off Canada, 450 kilometers from the island of Newfoundland, has risen to 10. There are still 11 people missing and three survivors, Salvamento Marítimo said on social network Twitter.

The first follow-up data showed four dead and 17 missing, a number that later rose to seven deaths and 14 missing.

“O JRCC [autoridade canadiana] confirmed the recovery of three people killed. Two were found by the Canadian ship Nexus, mobilized by the JRRC, and the other by the Portuguese fishing boat Franca Morte. So far, three survivors and ten people who died have been rescued,” it read.

El JRCC Halifax @hfxjrcc has confirmed recovery 3 people died again. Two have been recovered by the Canadian vessel Nexus, mobilized by the JRRC, and the other by the Portuguese fishing vessel Franca Morte. So far, 3 people who survived and 10 people died have been rescued. pic.twitter.com/FbEERZBvTs

This is the ship ‘Villa de Pitanxo’, owned by a company from the city of Marín, in Galicia, with 24 people participating: 16 Spaniards, five Peruvians and three Ghanaians.

“Four lifeboats were seen and they already had access to three. Two empty, completely empty. In one of them, three survivors were found in a state of hypothermia, because the water temperature there was very bad. Very low,” said Maica Larriba, the Spanish government representative in Pontevedra.

The warning was received by the Maritime Rescue Coordination Center in Madrid at 05:45 local time. [4h45 em Lisboa]. The cause of the sinking of the ship measuring 50 meters long and 10 meters wide is not yet known.

On social network Twitter, the president of the Junta de Galicia, Alberto Núñez Feijóo, declared himself “concerned by the bad news” and provided “the government and shipowners with all the tools they needed”.

According to him, the Spanish King Felipe VI expressed his solidarity with the incident and tomorrow will mourn in Galicia.

I appreciate the call from His Majesty the King who has just conveyed his condolences for the tragedy experienced today. Once again the sea people were hit in a very hard way. Tomorrow the Xunta Council will issue an official mourning decision

The mayor of Marín, María Ramallo, also regretted what had happened. “I don’t remember a tragedy of this magnitude. It’s a very difficult day,” he told reporters.

Minister for Territorial Policy and government spokeswoman Isabel Rodríguez told a news conference that the government was “following with great attention” the search and rescue operation of the crew.

“I would like to inform you that the government is closely following the crew rescue operation. We are in permanent contact with the rescue team. I can confirm that three crew members were rescued, but I can’t add any other information,” he said, after the Council of Ministers.

Read also: Victim Died As a result of the sinking of the Galicia Ship in Canada