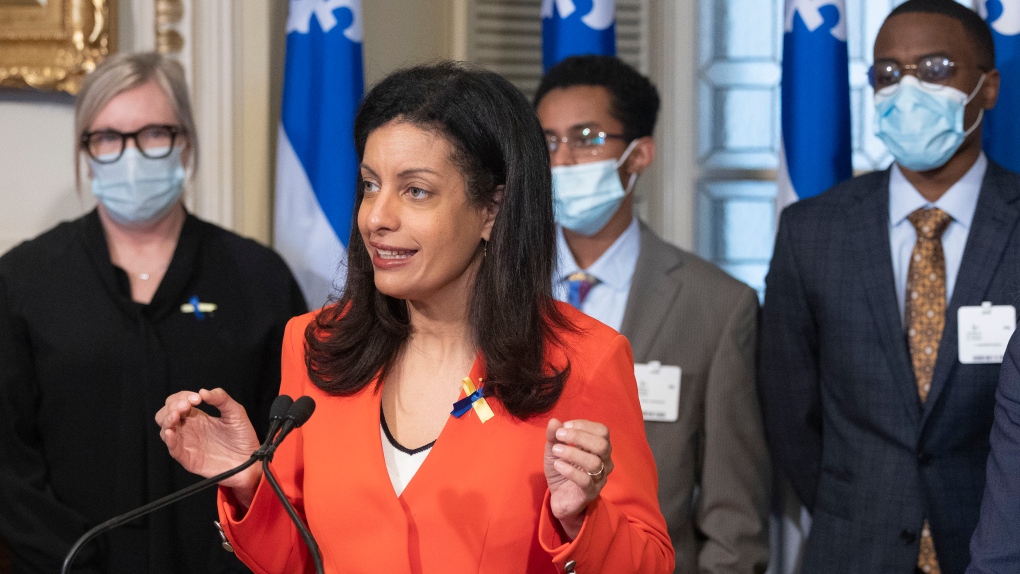 The life of a politician is not easy — especially if you are the leader of a party and a woman, says Liberal (QLP) leader Dominique Anglade.

In politics, women are judged harsher in many ways, he said. They feel pressure to be perfect all the time and have to constantly prove themselves, with little room for error or anger.

And if you had to face Prime Minister Francois Legault every day in parliament, it wouldn’t get any better, according to Anglade.

He said his gender had played a role in the prime minister’s attitude towards him.

“He’s a paternalistic person, that’s for sure,” Anglade said during a lengthy interview with The Canadian Press.

Sitting in a Quebec City cafe, it was the end of a tough week for his party: in Monday’s Marie-Victorin by-election, the QLP finished fifth with a meager 7 percent of popular support.

Anglade criticized comments made on the eve of Legault’s victory in the district, when he claimed Quebec did not appreciate him “messing up” Herron CHSLD, where dozens of seniors died during the first wave of the pandemic.

Were the prime minister’s comments inaccurate, demeaning and even sexist?

Anglade said he was singled out as “aggressive or whiny” whenever he criticized the government “in a firm way” – a reality he believes does not exist for male politicians.

“The bias is there.”

But Anglade tried her best to keep herself under control in the National Assembly, confident that she would not be forgiven for the slightest misstep, be it a clumsy word or outburst of anger.

“It’s clear that he erased the slate more easily for men,” he said, referring to the three women who have been removed from the cabinet since the start of the mandate: Marie-Chantal Chasse, Sylvie D’Amours and Marie-Eve Proulx.

None of the male ministers suffered the same fate, although some did.

Anglade cited the case of Economy Minister Pierre Fitzgibbon, who was repeatedly rejected by the Ethics Commissioner but is still in office.

“I will never be able to do what Pierre Fitzgibbon did” and remain a minister, Anglade said, adding that he had “less right to make mistakes” than his male counterparts.

To reverse this trend, she argues more space is needed for women’s political leadership, a reality she hopes will be reflected in all areas of society.

Knowing they have little room to maneuver, women politicians strive to be nothing less than perfect, Anglade explains.

She says she suffers, like many other women who have tried to make their mark in politics, from “make no mistake syndrome.”

But this reflex “limits you in all you can, in all you can say, in how you express yourself,” he says, adding that it “prevents you from being who you really are.”

There is a “dichotomy between my personality and perception” that people have, Anglade says; the gap between the public image and the real person.

In the run-up to the general election, the woman who has led the QLP for nearly two years intends to have more of a presence on the ground, to get voters to discover the “real” Dominique Anglade.

He relied on the Territory Charter to win back French-speaking voices, by advocating for increased decentralization of power. The first announcement of this will be made Thursday in Trois-Rivieres.

Anglade said he wanted to return to the party’s core values, including economic development. Its vision includes integrating wealth creation and the fight against climate change into one coherent whole.

Liberals are well aware that he has only a few months to get back on track, and “the challenges are huge but exciting.”


This report was first published in French by The Canadian Press on April 17, 2022.