Europe, US and Canada Ban Russian Banks from Swift System | Ukraine and Russia 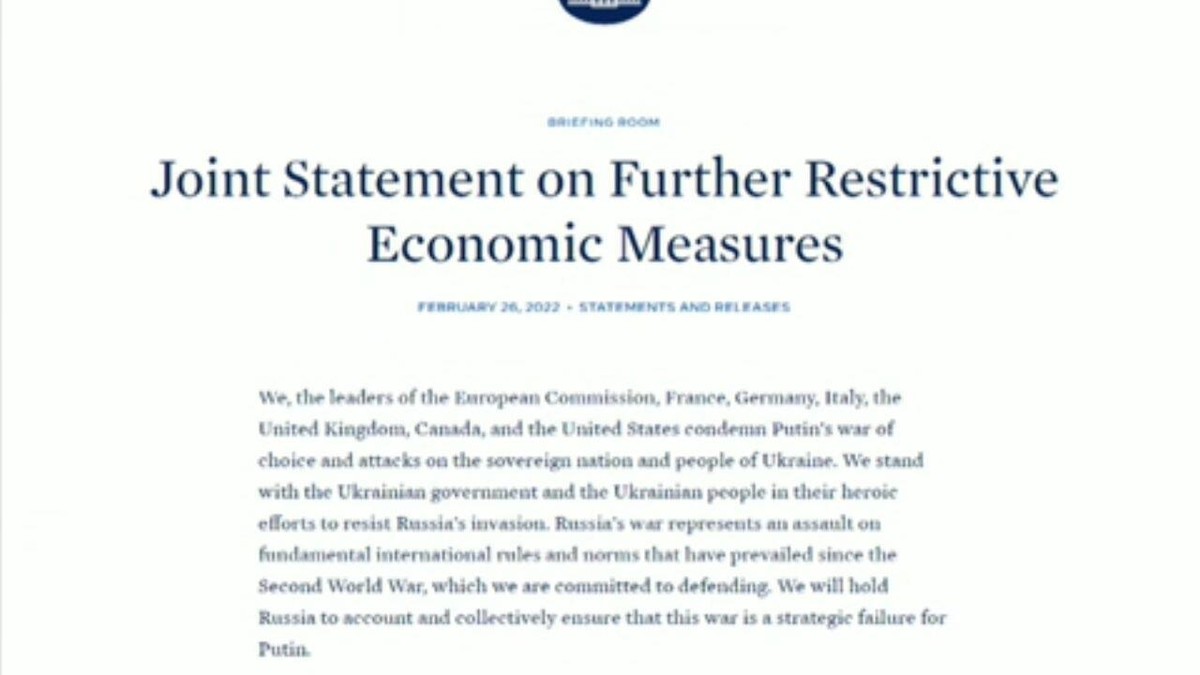 The heads of the European Commission, France, Germany, Italy, Britain, Canada and the United States late Saturday (26) indicated that they should expand restrictions on Russia.

The announcement was made by the President of the European Commission, Ursula von der Leyen, and was confirmed by the White House in a joint statement.

In a document released by the White House, the countries announced that some banks in Russia should be excluded from the Swift system – a system that allows fast money transfers between countries.

Know what Swift is

“This will ensure that these banks are cut off from the international financial system and undermine their ability to operate globally,” the countries said.

With Swift’s blockade, Russian banks will be prevented from carrying out most of their financial transactions, to the detriment of Russian exports and imports.

The countries also announced that they would impose restrictive measures to prevent the Central Bank of Russia from using its foreign reserves “in a way that undermines the impact of our sanctions”.

The leaders also pledged to limit the sale of citizenship – the so-called golden passport. These passports allow Russians associated with local governments to become citizens of those countries and gain access to their financial systems.

The measures should be implemented in the coming days, the statement said.

EU foreign ministers will discuss the sanctions package in a virtual meeting on Sunday evening.