Fernandez was very demanding, but it was Wednesday 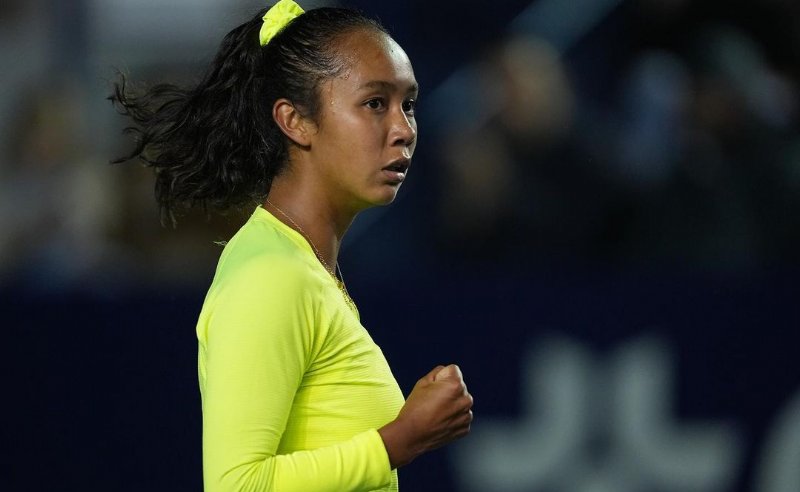 It was only the third win of the season for Fernandez, who has 280 points to defend this week.

Monterrey Mexico) – Current champion and WTA 250 second seed in Monterrey, Canada Leylah Fernandez is already in the quarter-finals of Mexico’s hardcourt tournament. Coming from a calm win over Anna Schmiedlova on her debut, the Canadian was more demanding in the last 16, but this Wednesday surpassed 19-year-old Chinese Qinwen Zheng, ranked 77th, with 6/1, 4/6 and 7. / 6 (7-3) at 2h41 departure.

It was only the third win of the season for Fernandez, the world number 21 and last year’s US Open finalist. Prior to playing in Monterrey, where she will have 280 points to defend, the 19-year-old Canadian lost in the second round of the WTA 500 in Adelaide and on her Australian Open debut. In Melbourne, he commented that he had a good pre-season and that he feels an improvement in his game, but regrets that the results have not yet shown.

Fernandez’s next opponent in Monterrey will come from a match between Egypt’s Mayar Sherif, ranked 67th, and experienced China’s Qiang Wang, a former world number 12 and currently ranked 116 at the age of 30. The two will be opponents like never before in the young Canadian’s career.

After a first set with wide dominance of the match, with two favorable breaks and no break-points, Fernandez started to suffer more from the second set with great power play on both sides by Zheng. The Chinese woman started to serve better and had more control over the rally in the background. However, he had to save one break-point in 4/4 of the second set, before getting his only break in part.

The third set was dominated by the servers, despite having break opportunities for both sides, two for Fernandez in the opening game and three for Zheng, who didn’t capitalize on a 0-40 score on the opponent’s serve before a 3/3 draw. . . The definition is left for the tiebreak, which is specified in the details. A double foul from Zheng made Fernandez 3-1. And right after the side turn, the Canadian fired an ace to widen the gap. In that sequence, he showed great reflexes to win the dispute at the net and open 6-3, closing the game soon after.

China has won nearly 50 positions this year
Exceeded by Fernandez at Monterrey, Zheng started the season well and has the best ratings of his career. He started the year in 126th place, but in the first week of January, he played the WTA 250 final in Melbourne. Then, she broke Australian Open qualifiers and even advanced one round in the main draw, only to be surpassed by top 10 Maria Sakkari. He even recently won an ITF W60 in Florida to climb the rankings higher.

Colombia also on Wednesday
Also on Wednesday are Colombians Camila Osorio, number 44 in the world and South America’s best placed in the singles rankings. The 20-year-old eliminated Mexico’s Marcela Zacarias, with partial 7/6 (7-3) and 6/3. Your next opponent could be a Ukrainian Elina Svitolina, 1st tournament leader, or Viktoriya Tomova from Bulgaria. Osorio has beaten Svitolina once, last year, on hard courts in Tenerife.