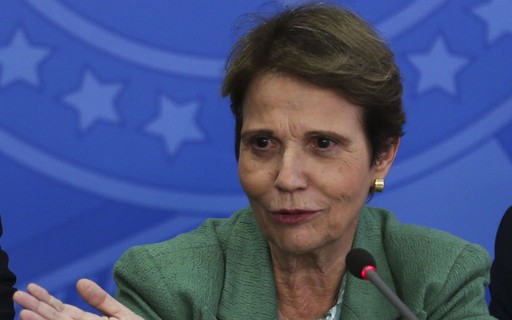 Minister of Agriculture Tereza Cristina said this Tuesday (22/3), the fertilizers that have been contracted by Brazilian agribusinesses with suppliers from Russia are being shipped. He highlighted, however, that given the unforeseen situation and possible disruptions to Russian supplies, Brazil is looking for alternatives to make agricultural production viable.

“I have spoken almost daily with our ambassador in Russia and we have received ships with contracted fertilizers”, said the minister, who participated in a lunch meeting with representatives of the Agricultural Parliamentary Front (FPA), in Brasília (DF ) .

The war between Russia and Ukraine exacerbated the situation of shortages of inputs, such as fertilizers, which have pushed down Brazil’s agricultural production costs. In addition to uncertainty about Russian supplies, Belarus, another important global supplier, has been suffering from sanctions since late last year, putting the country’s fertilizer trade at risk.

Since then, in an effort to ensure supplies, minister Tereza Cristina herself has made a series of trips to producing countries, where she spoke with company representatives and local authorities. Just last year, he was in Russia alone. And, more recently, in Iran and Canada. In addition to meeting with ambassadors from Arab countries.

The initiative to find other international suppliers has been referred to within the government itself as “fertilizer diplomacy”. “Currently we are still receiving fertilizer. We have comfort, but we are moving forward so that, if there is a problem, there is definite action,” said the minister, stressing that he had also been in talks with China.

In a conversation with reporters, after a meeting with a rural caucus, minister Tereza Cristina once again defended that fertilizers should be excluded from economic sanctions, as well as food. He defended this thesis at a meeting of the Food and Agriculture Organization of the United Nations (FAO) last week.

“How is food produced, which is an unsanctioned segment, without fertilizers and pesticides?” questionable. “This is a whole job to think about”, he added.

At the same time, the government announced the launch of the National Fertilizer Plan, a series of initiatives aimed at reducing Brazil’s dependence on imported fertilizers. The government’s hope is to reduce the participation of fertilizers from other countries in Brazil’s agriculture from the current 85% to around 45% by 2050.

“This is not something that will happen in the short term, but alternatives are emerging, like biofertilizers, nanotechnology. This is a series of actions. There is no magic formula, even because the supply of fertilizer in the world is stable”, said Tereza Cristina.

The agriculture minister’s meeting had the nuances of accountability on the part of the minister. Tereza Cristina remains in office until March 31, when she leaves the ministry and continues her mandate as a federal representative. He intends to run for election.

Asked about her own performance as portfolio head, Tereza Cristina highlighted that she had only a peaceful first year in office, as, in the years that followed, her management had to deal with the pandemic and, more recently, the war between Russia. and Ukraine.

“There is a pandemic, which disrupts many projects, but the Ministry of Agriculture continues to function. Now we have this difficult time, with war in the world. But I believe we have made progress”, he said, noting that the ministry underwent changes, integrating the attribution of the Ministry of Agrarian Development, in addition to Incra and the Brazilian Forestry Service (SFB).

Returning to the Chamber of Deputies, Tereza Cristina highlighted that the fact that it is an election year could make it difficult for important projects to advance, as MPs tend to live more in their states, close to their electoral bases. Even so, he said there was still much to do until the end of his term.

“We know the Executive is challenging, but we have a lot to help the Executive with returning to the Legislature and we will continue to work on important projects,” he said.

The election of a federal representative for Mato Grosso do Sul, in the 2018 elections, Tereza Cristina left the parliamentary mandate to assume the position of Minister of Agriculture. As deputy, he is president of the Agricultural Parliamentary Front (FPA), which is responsible for his candidacy to head the Ministry of Agriculture in Jair Bolsonaro’s government.