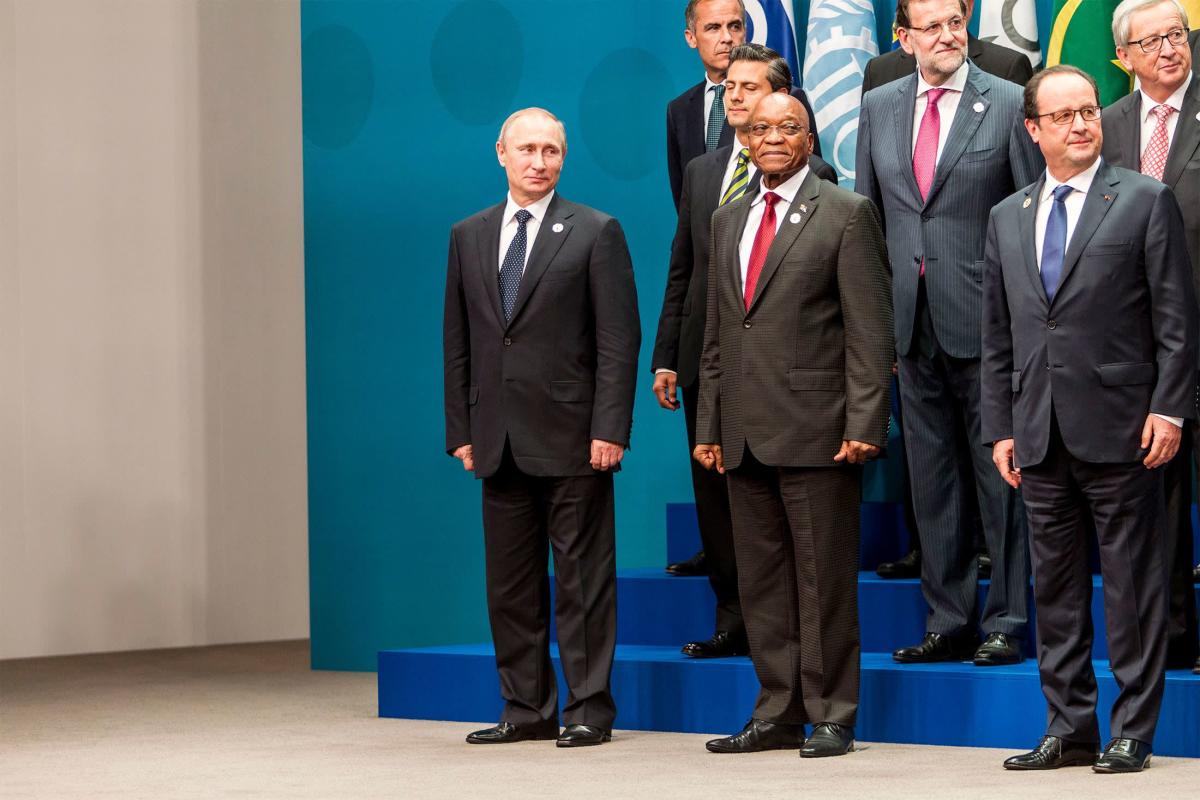 (Bloomberg) — Russia’s invasion of Ukraine is already haunting the Group of 20 summit scheduled for seven months from now, with officials frantically preparing if President Vladimir Putin decides to attend.

Possible scenarios include multiple leaders stepping down, sending a low-level delegation or simply calling from afar, according to people familiar with the discussions among member states. The meeting may end for the first time without an official announcement.

This year’s G-20 meeting, which includes talks between top-level negotiators, a series of ministerial-level meetings and a leaders’ summit in November, was hosted by Indonesia, which is in a very uncomfortable position because of the conflict in Ukraine.

Russia was expelled from the Group of Eight then after its annexation of Crimea in 2014, but removing it from the G-20 is a far more complicated prospect, with countries like China likely to resist actions that require consensus to enact them. .

The G-20 has faced difficulties before, including during Donald Trump’s tenure as US president after he attacked other countries for their trade policies and questioned multilateral institutions. It endured in part thanks to the belief that staying together can help tackle global challenges such as climate change, poverty, economic crises and, more recently, pandemics. This should be your biggest test.

Some officials say removing Russia from the group formed in 1999 to deal with the global economic crisis is impossible, even though US President Joe Biden has advised it. It remains only for Indonesia to think about how the summit will be held on the tropical island of Bali if Putin is present.

US officials are privately debating whether Biden should not attend the event if Putin is present, according to a person familiar with the discussions. But Biden will likely still attend in person, said two people familiar with the plans.

Officials, including those in the US, have sought to persuade Indonesia to exclude Putin, or at least condemn his actions in Ukraine, one of the sources said. A White House spokesman declined to comment.

The Russian president attended the G-20 summit in Australia in late 2014 but was largely shunned by other leaders and left early after a barrage of criticism over Crimea. In one famous moment, Putin approached then Canadian Prime Minister Stephen Harper for a handshake only to be told, “I shake your hand, but I have only one thing to say to you: you have to get out of Ukraine.”

Indonesia said in late March that it intended to invite Putin and all other leaders, seeking to “remain impartial” as the host nation. A person familiar with the matter said the Russian president had accepted his invitation but had not yet made a decision on his participation. The Kremlin did not respond to multiple requests for comment.

Asked if Indonesia was preparing another scenario, Deputy Foreign Minister Mahendra Siregar replied via text message that “I cannot answer a hypothetical question”.