how Messi turned the tables on his last dance 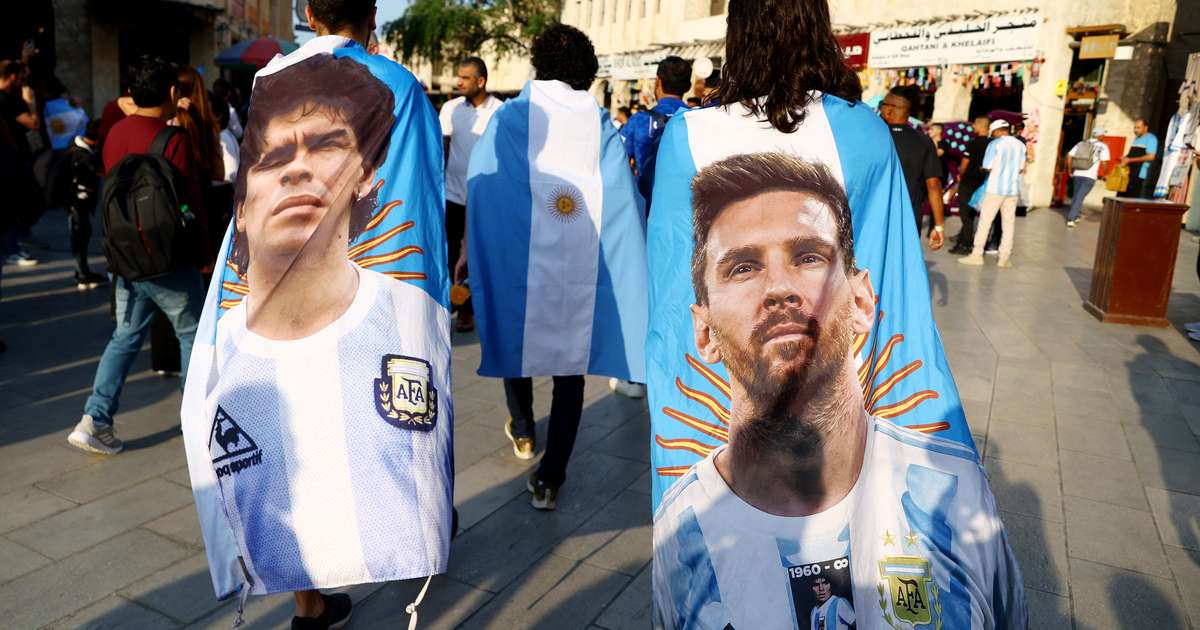 Those who have been living the World Cup from the start here in Qatar have heard one of the first “virals” of this edition of the World Cup until exhaustion. “Where is Messi?” It was the most repeated joke in metro stations, outside stadiums and at tourist attractions in Doha in November, when Argentina’s national team disappointed everyone, losing their debut to Arabia saudi.

Because the meme has aged badly. Neighbors Brazil’s number 10 is in a Cup decision for the second time, as Neymar and Cristiano Ronaldo have only reached the semi-finals so far. This only intensified the adoration of fans of different nationalities for this footballing genius.

At the gates of the Lusail stadium on Tuesday 13, it was possible to see Canadians, Indians, Chinese, Malaysians, Lebanese and even Argentineans dressed in original and, shall we say, “alternative” versions of the uniform of the Alviceleste. It was even possible to see some Brazilians declared as Messi fans. Who can judge?

The tens of thousands of Argentines who landed in Qatar last month went from mistrust to utter pride in just over 20 days. Although they have always shown pride in wearing their national team jersey, supporters born on the banks of the Rio de la Plata preferred caution when asked to predict the fate of their national team.

But now the music Muchachos, now we’re back to the illusion (the 2022 version of decide how you feel – which obviously stings the Brazilians) is possible to be heard loud and clear, without any fear of being happy. Just look at the images of Souq Waqif, one of the main postcards of the capital of Qatar to see the contagious feast of the Argentines.

Comes the half of the #Fifa World Cup pic.twitter.com/VefKq6tJsH

Lyrics of “Muchachos, now we return to the illusion”

I was born in Argentina

(I was born in Argentina)

land of Diego and Lionel

(Land of Diego and Lionel)

Malvinas pibes that you will never forget.

I can’t explain it to you

(I can’t explain to you)

why don’t you understand

(because you won’t understand)

the finals we lost, how many years they cry.

(the finals we lost, how much I cried)

But it ended because in the Maracaná

(But it ended, because in Maracanã)

(The final with the Brazilians won again dad)

Muchachos, now we’re back to the illusion

I want to win the third, I want to be world champion

(I want to win the third, I want to be world champion)

and al Diego, in the sky we can see it

(and to Diego, who we see in the sky)

with don Diego and with the Tota, encouraging him to Lionel.

(with don Diego and with Tota, applauding Lionel)