Hurricane Fiona less than 24 hours from landing in Canada 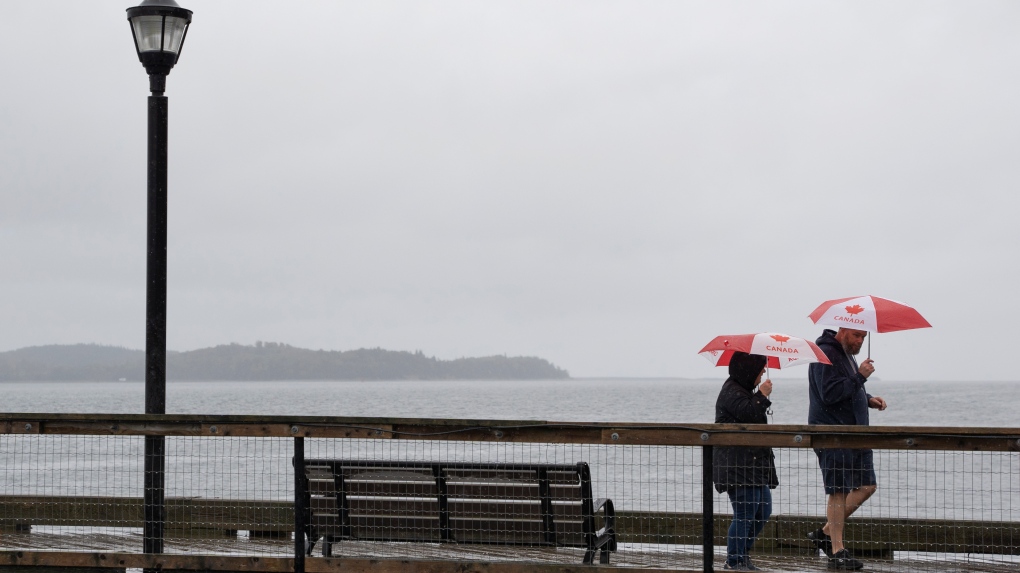 People across Atlantic Canada hoarded essentials at the last minute and held their property storm on Friday ahead of Fiona’s arrival, which forecasters say will hit the region as a “very strong” post-tropical hurricane.

Bob Robichaud, a meteorologist with Environment Canada, said Fiona was forming a larger storm system than Hurricane Juan, which caused extensive damage in the Halifax area in 2003. He said it was about the same size as post-tropical hurricane Dorian in 2019.

“But it’s stronger than Dorian,” he told reporters at a briefing. “This will certainly be a historic and extreme event for Eastern Canada.”

He said wind speeds could reach 145 km/h with gusts even higher in some areas.

Dave Buis, Northern Yacht Club deputy commodore in North Sydney, NS, said he was worried about the storm, which was expected to hit Cape Breton island.

“Oh sure, I thought this would be a bad thing,” Buis said in a telephone interview. “Hopefully it will slow down when it hits cooler water, but it’s unlikely to be.” He said he removed his seven-meter sailboat from the water on Thursday.

On the east side of the island in the small Acadian community of Petit-de-Grat, NS, fishermen are also busy drying their boats, or trying to tie them to the dock.

Lobster fisherman Kyle Boudreau said major storm damage was difficult for coastal communities to absorb. “This is our livelihood. Our boats being destroyed, our traps being destroyed is something you don’t need to do to start your season next year,” he said.

Meanwhile, shops in Halifax are selling propane gas cylinders used for camping stoves. The shelves in the camp section of the local Canadian Tire shop that usually carried the little green canisters were completely empty.

But Halifax resident and plumber Chad Shiers suggested that anyone looking for a small fuel tank could use a propane pipe.

“There are more ways to get what you need,” he said Friday after buying a blue propane torch. “If I have fire I can eat. As long as they have what I need, I won’t panic.”

In addition to a significant storm surge, potential for flooding in coastal and inland areas and low pressure “all the time” across the region, the storm is expected to cause widespread power outages as trees and power lines are uprooted by strong winds.

A spokesman for the Cape Breton Regional Municipality said there were plans to open the Center 200 sports center in Sydney as an evacuation center Friday evening. Christina Lamey said the space would be used by residents feeling insecure through the storm, particularly those living on the south coast of the region. Halifax will also open four evacuation centers by Friday evening.

In PEI, Minister of Public Security Darlene Compton warned people who might be curious to stay away from coastal areas, saying there was no point in watching the storm come.

“My message is simple – don’t,” Compton said at the briefing. “Don’t go near the water, don’t harm yourself and others.” An emergency alert from the province warned residents of severe flooding expected along the northern coastline.

In downtown Charlottetown, the normally bustling Confederation Landing became very quiet. Restaurant owners Lisa and Robert Gale decided to keep Lobster on the Pier open Friday afternoon to welcome the tour bus expected at 5pm. Robert Gale said the worst hurricane they faced was Dorian. “We’d be lying if we said we weren’t worried about Fiona,” added his wife Lisa.

The red chairs that normally sat on the deck were piled up in their office along with the desk, and they hoped the storm surge wasn’t so high that there was water in the restaurant.

Newfoundland and Labrador Prime Minister Andrew Furey issued a statement aimed at reassuring people in his province on Friday, saying the province’s emergency operations center had been activated, while Transportation Department crews were already inspecting culverts and removing debris.

“Stay home whenever possible as this will not only help you and your family stay safe, it will also avoid harm to emergency responders,” Furey said.

In Quebec Friday, Prime Minister Francois Legault said authorities were keeping an eye on Fiona, who is on track to hit the province’s Iles-de-la-Madeleine, Gaspe and Lower North Shore.

“I want to tell people in the region, be careful, there is a significant risk, be prepared for the worst and we hope it goes well,” Legault said in Laval.


This report by The Canadian Press was first published on September 23, 2022.


— With files from Michael Tutton in Petit-de-Grat, NS, Lyndsay Armstrong in Halifax, Hina Alam in Charlottetown and Sidhartha Banerjee in Montreal