‘I miss my home’: Ukrainian pianist in Canadian tie seeks safety amid war 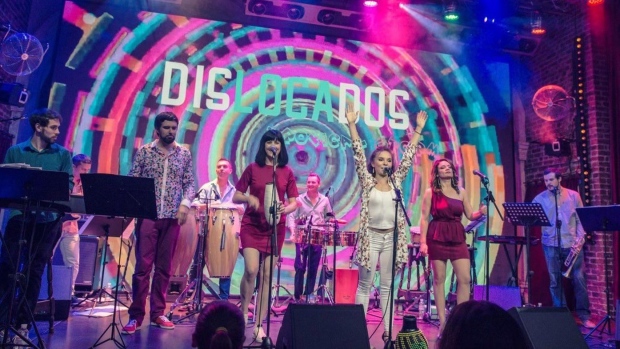 Ilya Yeresko has spent the last few days sheltering in the mountains of western Ukraine after the Russian invasion of his country began.

The 41-year-old, who runs a Ukrainian salsa band with a woman who lives in Toronto, said he and many of his bandmates made the decision to flee Kyiv over the past few days as Russian troops drew closer to the city.

“I miss my home. I was born in Kyiv and I lived in the same building for 41 years,” he said in a telephone interview Tuesday.

“On the second day of the conflict, (Russia) bombed a local military base, a tiny little base, across my street, and I saw it on the news that a rocket hit a place across my street. It was heartbreaking.”

He said his family had been preparing for the possibility of leaving their home for weeks and packing their bags.

“We have prepared for the worst,” he said.

Last Thursday, Yeresko, her mother, sister, husband and their three children got into a small van and headed to a friend’s house in the Carpathian Mountains. The trip was much longer than usual, he said.

“Instead of spending about seven hours on the road, we spent 35 hours. So, it’s difficult because the traffic is very heavy,” he said. “We had to go through villages and small towns, because some places are more dangerous than others.”

While most of his band members have left Kyiv, some have decided to stay, including the band’s singer Anabell Chupryna.

He said he stayed at the metro station in the city center with his parents overnight on Friday night before returning to their nearby home on Saturday.

“No inventory is regulated by the metro administration, so everyone has something with themselves,” he said via text message.

Chupryna said they went to the supermarket on Monday to get some basics and were met with a long line, as well as some bread and meat.

He said his family had no plans to leave Kyiv or Ukraine at this time.

“For now it’s complicated to leave. We have to waste money,” he said. “My family decided to stay until the last moment.”

It is illegal for Yeresko to leave Ukraine because of the general mobilization in the country which prohibits men between the ages of 18 and 60 from leaving. For now, he said he was working on his next steps.

Yeresko also said he missed his band and the music they played.

“We used to perform every week, always,” he said. “This place has a piano downstairs, so a lot of people live here, I don’t want to bother them too much, but sometimes I play the piano and it’s really nice.”

Karolina Patocki, who lives in Toronto but co-leads the band with Yeresko after meeting him in Ukraine a few years ago, says she keeps in touch with him almost every day.

“A few weeks ago, when it started to look really bad, Ilya and I had a conversation, because we talked like every day, … about what had to happen,” Patocki said in a telephone interview.

“He was very clear that he wanted me to continue promoting our music.”

He says their music puts a human face on the ongoing war, which is why the band is releasing a new song on Friday and plans to put out a new album in April.

“Now that they have this war, I kind of understand Ilya’s perspective, which seems like people by knowing us or by knowing that something like us exists … they can put a more human face on what is happening,” he said.

Patocki said the band’s goal is to connect with people around the world through their songs, which are mostly in Spanish.

“In 2019, we released a song called ‘Ambition’, so it has an English title, but the song itself is in Ukrainian, and it was inspired by some of the struggles that were already going on,” he said, referring to Russia’s annexation of Crimea.

Patocki said he would be happy to help the band members to come to Canada if they were able to leave Ukraine safely.

“It’s illegal for all men to leave. So, we’re not trying to get them to do anything illegal or anything that would harm them,” he said. “Their families are going, of course if they want to come to Canada then we will try to help and support them.”

Filippo Grandi, the UN High Commissioner for Refugees, said in a statement Thursday that 1 million people had fled Ukraine since February 24.

This Canadian Press report was first published on March 1, 2022.