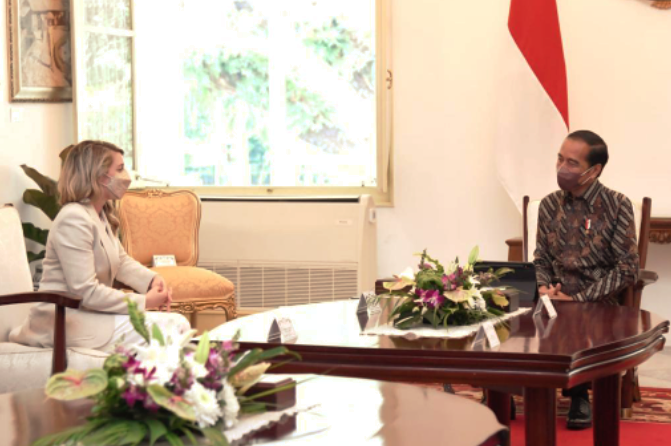 (Berita Daerah – Jakarta) The Indonesian Minister of Foreign Affairs, Retno Marsudi, in her written statement regarding the arrival of Canadian Foreign Minister Melanie Joly in Jakarta, Monday (11/4/2022), said that the Governments of Indonesia and Canada had agreed to increase economic cooperation. , particularly in the areas of trade, investment and energy transition.

“I focused on the discussion on economic cooperation. We welcome increased bilateral trade even in the midst of a pandemic,” said Foreign Minister Retno.

According to Retno, currently the economic cooperation relationship, especially the trade value between Indonesia and Canada, has increased by 30 percent to US$ 3.12 billion or Rp. 44.8 trillion in 2021. To strengthen bilateral trade further, the two countries have started the first round of negotiations. the Comprehensive Economic Cooperation Agreement (CEPA) last month.

“We agreed to intensify negotiations so that they can be completed within a clear timeframe,” said Retno.

Meanwhile, the investment sector recorded a slight increase of four percent in 2021. Canada has invested in a number of infrastructure projects, including the construction of the Cikopo-Palimanan (Cipali) Toll Road and the Gresik Port which will operate next year.

Retno added, to continue the synergy, the Canadian side is collaborating with the Indonesian Investment Authority (INA) in renewable energy and green infrastructure. In addition, Indonesia’s support for the prospective discussion between PT Timah and Canada Rare Earth Corporation is to form a joint venture (cooperate).

Indonesia and Canada also agreed to support cooperation in the transition to cleaner energy sources, including hydrogen fuel cell technology, development of a green hydrogen strategy, and potential cooperation between Carbon Engineering Limited and PT Pertamina on carbon capture and storage (CCUS).

Previously, President Jokowi received an honorary visit from the Canadian Minister of Foreign Affairs, Melanie Joly, with a limited delegation at the Merdeka Palace, Jakarta, Monday (11/04). Foreign Minister Retno accompanied the Head of State in the meeting stating that the Canadian Foreign Minister conveyed Canada’s support for Indonesia’s G20 presidency.