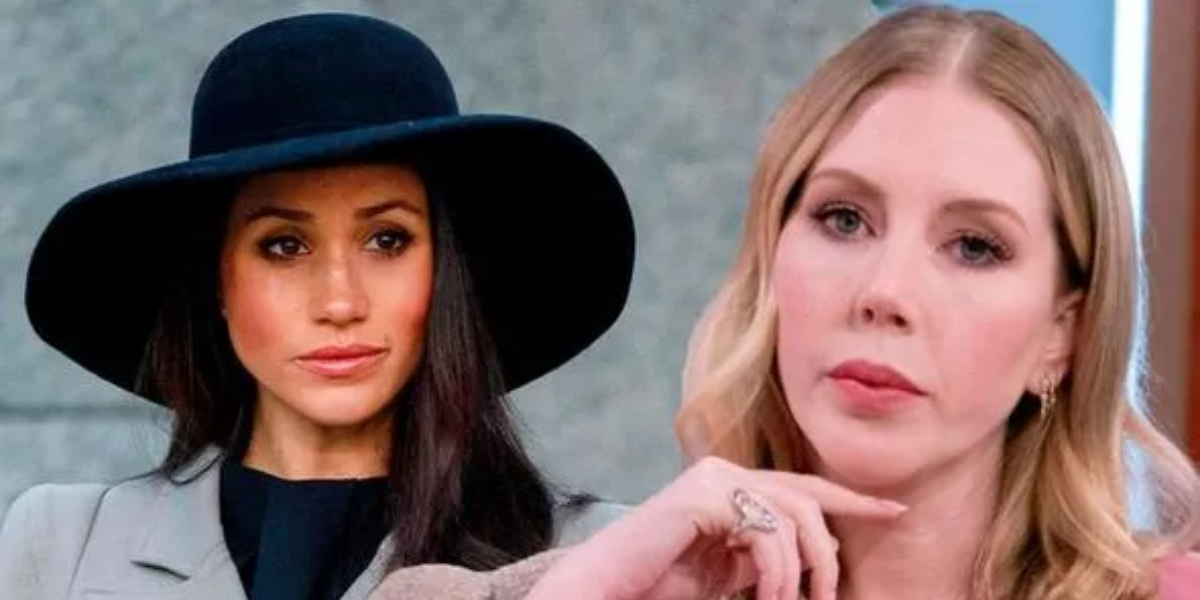 Meghan Markle, 40, has been praised by Canadian comedian Katherine Ryan, 38, for her “certainty” and fortitude in going against what is “expected” of a member of the Royal Family.

Since marrying Prince Harry in 2018, Meghan has divided views, with the majority of criticism rising when the couple stepped down as senior members in 2020.

Katherine previously praised the Duchess of Sussex for being candid about her miscarriage during an Oprah Winfrey interview, having experienced it herself the previous year.

When Express asked Katherine what she thought of the controversial royal, she said, “I think when you join such a famous family you are under the microscope.”

“I think anyone, certainly any woman, who deviates from what is expected of them will face criticism.

“So I certainly think that I like Meghan Markle’s voice and her confidence to challenge the norm and what is expected of her in the role.

“But similarly, whenever you challenge an idea, people will chase you.”

Katherine then discusses why Meghan is a “target” for so many, and whether Meghan’s “confidence” is her fault.

She continued: “So, I mean, I’m not sure what made her such a target, but I think her confidence in challenging what form a woman should like in the role, which is someone wearing stockings.

“Someone who covers their shoulders, someone who follows the rules.

“I find it very challenging to be real, because a lot of us can’t easily fit into those boundaries.

“That would feel like a real violation of your personal liberties.”