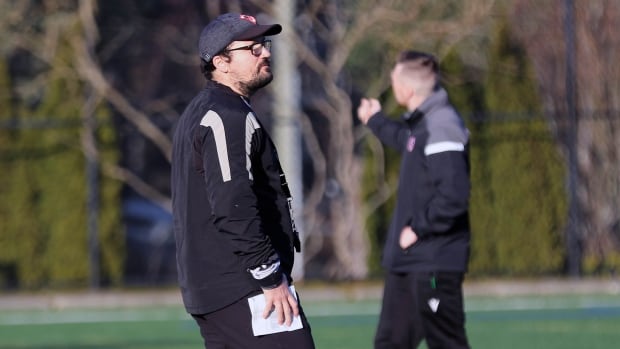 The move comes less than seven months before Canada, currently ranked fourth in the world, are due to start playing at the Women’s Rugby World Cup in New Zealand.

Fiorino, who Rugby Canada described as a “valuable” employee, will leave at the end of the month after 11 years with the organization, including the four in charge of the women’s 15s team. Rouet has spent the last four years as his assistant coach.

“This departure coincides with the end of the season for the Canadian Rugby Development Academy in Ontario where he serves as leader, which Rugby Canada has made the difficult decision to stop following funding cuts,” Rugby Canada said in a statement Tuesday.

Jamie Levchuk, interim CEO of Rugby Canada, said the closure of the Ontario academy at the end of this month was linked to funding for Own The Podium.

“Sandro does have a dual role here at Canadian Rugby and much of his role is attached to the academy in Ontario,” Levchuk said in an interview. “And it will stop. And then there is also the constant evaluation of the team and it’s just felt that change is the best option for the team.

“It was a tough time but with Kevin being experienced with the team, we felt there was continuity there.”

Levchuk said the organization saw an option for Fiorino to stay “but in the end Sandro decided to leave and pursue other endeavors.”

“We think highly of Sandro, both as a coach and as a person,” he added.

Fiorino did not immediately respond to a request for comment from The Canadian Press.

Rugby Canada said it will continue to operate its seven centralized program and the Maple Leaf Academy program at Langford to help develop female talent.

Fiorino’s job was made permanent in May 2018. He retains his coaching responsibilities at the Canada Sevens Academy, which is tasked with identifying and nurturing the next generation of talent.

‘We have the quality to reach the podium’

Rouet’s contract takes him through the Rugby World Cup, which was originally scheduled for last year but was postponed until this October due to the pandemic.

“We have the quality to reach the podium at the Rugby World Cup and that will be our main objective as our preparations continue over the coming months,” Rouet said in a statement.

“Rugby is growing in popularity across Canada, especially among young women and girls,” he added. “This program is a beacon of inspiration to the next generation of players and we know the strong performance in New Zealand will encourage more Canadians to try our great sport.”

Levchuk said Rouet would take time off from her role as head coach of the Laval University women’s team – which she led to a U-Sports title in 2019 and a bronze medal in 2021 – while coaching Canada.

Staff will be completed in April

Rugby Canada said Rouet would be assisted by regional coaches for its upcoming training camp before finalizing its staffing in early April.

The Canadian women are expected to play for six test matches prior to departure for the Rugby World Cup with opponents and venues to be announced later.

With the pandemic messing with international schedules and tight money, the team has played just four times since November 2019. All four of those matches took place last November with the Canadian women beating sixth-placed US twice — 15-9 and 256 -13, both in Glendale, Colorado — before heading to England where they lost 51-12 to top-ranked England and beat No. 11 Wales 24-7.

Canada opens its World Cup match on October 9 against Japan No. 12 at Whangarei, before taking on Italy No. 8 on 16 October and USA on 23 October, with both games in Auckland.