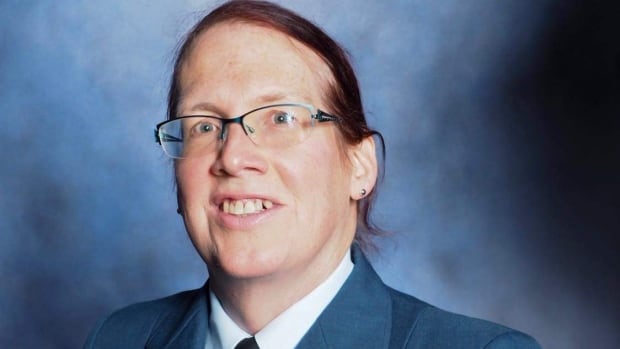 When Sergeant. Nina Usherwood joined the Canadian Armed Forces in 1979, using a different name and gender.

During his ministry, the resident of Comox, BC, moved and officially changed his name. But he said when he went to apply for a medical discharge last year, it took “several months” for Veterans Affairs Canada (VAC) to update his medical records to show his new identity.

Usherwood, who called the process potentially “traumatic” for many LGBTQ veterans, is one of the voices calling for a leaner, organized and inclusive process to help veterans leave the Armed Forces and access VAC services.

“I call [VAC] several times, I sent them a secure message, I uploaded a document that said ‘yes, this is my legal identity,’ but it seems the record was not changed,” Usherwood recalled, adding that, in the following months, the VAC would still send the required document. addressed to the old identity.

“I can’t ask my doctor to say ‘this person has this medical condition’ if the name is wrong,” he said.

Worse, Usherwood said, every time he called the VAC, a new agent would answer the phone, and he’d have to explain all over again that he’d switched.

He said, for some, it may be depressing to repeatedly discuss their life experiences, given that he knows people who have been abandoned by their family and friends for coming out for who they really are.

He said some veterans were deeply disappointed by the process that led them to give up access to financial services to which they might be entitled, such as compensation for illness or injury, educational grants and income replacement benefits.

North Island lawmaker Rachel Blaney brought some of these issues to the House of Commons Veterans Affairs Committee in late March, and said she was pushing the government to bring about change—not just for transgender veterans, but all other LGBTQ members who were discharged from the military during the Cold War era.

In 1990, a historic court challenge, presided over by former officer Michelle Douglas, caused the military to reverse its practice in 1992, allowing these members to return. The federal government officially apologized in 2017.

Blaney told CBC that constituents said it would be sad for them to be dishonorably discharged because of such “discriminatory rules” and then invited back into the military only to find they had to explain to “case workers for the sake of social workers that’s the history.”

He said VAC employees should be given better sensitivity training and education about military history, and veterans should be given the option of identifying themselves as LGBTQ in their records so the military can gather useful data about the community.

Douglas, who attended the Committee meetingsaid proper training would help workers “understand what human rights are” and “ensure respect is conveyed whenever you deal with [LGBTQ] veteran.”

Douglas told the committee he heard from veterans who had doubts when their first phone call to the VAC didn’t go well. Some even “feel humiliated and ashamed” for who they are, he said.

usher wood, who also share their experiences with the committee, said that having dedicated social workers assigned to diverse veterans from the time they applied to the VAC meant veterans only had to explain themselves once, and their social workers could stay on top of their files from start to finish.

In a statement, the VAC said it offered trauma information training sessions to its employees and, in 2019, created a “LGBTQ2 Women and Veterans Office … to identify and address the challenges” these veterans face.

“VAC is developing our training and services … making our applications for services and benefits more inclusive and reflecting the diverse needs of Veterans,” the statement read.

Blaney said a recommendation would be made to the House of Commons in the coming weeks.