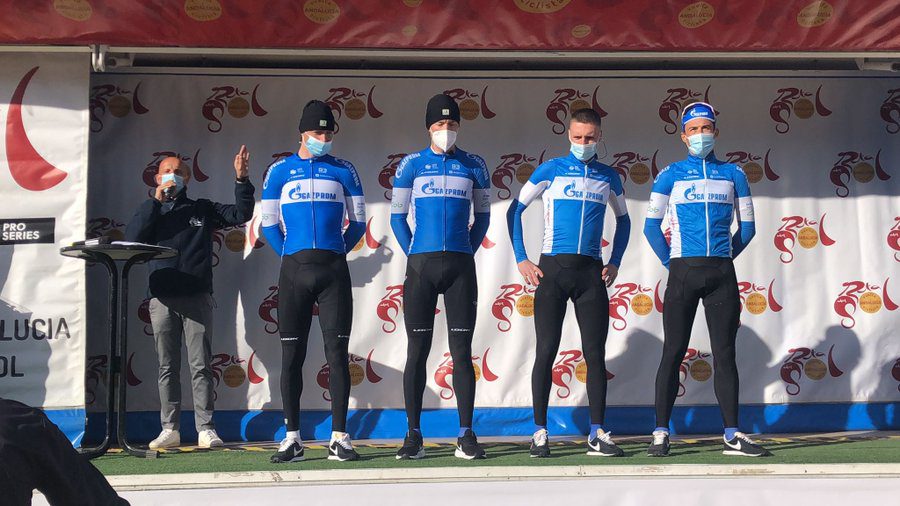 Gazprom-RusVelo have lost their bicycle and wheel sponsorship after the Russian invasion of Ukraine.
French bicycle brands Look and Corima have announced that they will be discontinuing “technical support and partnerships” for the Gazprom team. Although the team is registered in Switzerland, it is sponsored by Gazprom, Russia’s state-owned energy company. That means that Gazprom-Rusvelo have lost their wheel and bike sponsors, as the invasion of Ukraine intensifies on Tuesday.

On February 24, Russia launched a massive invasion of Ukraine, one of its southwestern neighbors. This marks a major escalation between the countries, which have been in a state of conflict since 2014. The invasion was preceded by Russia’s military build-up around Ukraine’s borders from early 2021. Many countries in the West accuse Russia of planning an invasion, but President Vladimir Putin and other officials continue to deny it. .

Both French companies posted the same message on Tuesday, announcing the withdrawal of their sponsorship. “We, Look Cycle, regard sport as a means to unite the nation and have always supported and will continue to support athletes from all countries,” posted on its social media platform. “We join many athletes calling for peace. Therefore, in light of the recent shocking and unforgivable news, we have decided to discontinue our technical support and partnership with the Gazprom-RusVelo Cycling Team.”

It’s not clear yet what this means for the team. Do they need to return their bike? Or does it just mean the French company will no longer continue to support the squad? The ProContinental team were supposed to ride the Trofeo Laigueglia in Italy Wednesday, followed by Tirreno-Adriatico next week. Given the sheer number of sanctions and economic moves by Western companies, it’s possible the team wasn’t even allowed to race.

On the team’s website, most likely in response to the news, the “partners” page no longer lists the sponsor.