Maximino Serra, anti-fascist resistance fighter who joined the PS in 1973, has died 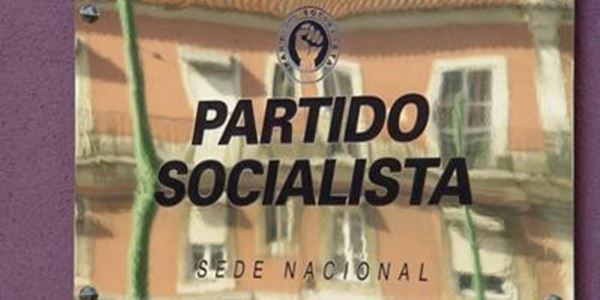 Maximino Serra, a former PS militant and political worker who participated in two failed attempts to overthrow Oliveira Salazar’s Estado Novo regime, has died. He is 87 years old. The funeral took place in São Martinho do Porto, in the municipality of Alcobaça, but the date has not been announced.

Maximino Serra participated in the Revolta da Sé and in the Golpe de Beja against the Oliveira Salazar regime, he was exiled under the umbrella of the United Nations and joined the PS prior to April 25, 1974, a party of which he was a political official.

In the 2021 municipal elections, this historic socialist entered as the final replacement on the list contested for Câmara de Alcobaça by the Nós Cidadãos movement, an option that led to his expulsion from PS.

Speaking to the newspaper Público, in May this year, Maximino Serra admitted to being “allergic to coercion” and considered what they did to him a “treason”, because of the way “it was done”.

He later “really admired that the current general secretary, António Costa, has acknowledged” his expulsion and added: “I don’t even think he was aware of what they did to me.”.

Maximino Serra is a PS political officer since the installation of parties in Portugal. He had responsibilities in Setúbal, Santarém and later in Leiria.

Also in a statement to the newspaper Público, in May, he said that he was “the only living anti-fascist who is a member of the PS”, noting that “he is a friend of Edmundo Pedro and Palma Inácio”.

Prior to joining PS, Maximino Serra, brother of Manuel Serra, was a member of the People’s Socialist Movement (MSP).

After the founding of PS, on 19 April 1973, Manuel Serra made a deal with Mário Soares and MSP joined PS in January 1974.

After losing to party leader Mário Soares in the First Congress of the PS, in December 1974, his brother, Manuel Serra, left the PS.

“Manuel was in a hurry to run for general secretary at that time,” Maximino Serra told the newspaper Público, nearly fifty years later. Instead, Maximino Serra decided to stay in the party and continue to be a political official.

An anti-fascist opponent, he began his political activities in association with Professor Ruy Luís Gomes and in 1958 he became involved in the presidential nomination of Humberto Delgado.

After the failure of the Beja Coup, Maximino Serra took refuge in the Brazilian embassy in April 1962, where in 1959 Humberto Delgado took refuge.

After that, he diverted the aircraft from the aeroclub and flew to Morocco, in August 1963, to try to join the Patriotic National Liberation Front (FPLN) in Algeria.

He was unable to enter Algeria and, in late 1964, left Morocco, then for Canada and, later, for the United States, under the UN protection program for political exiles.