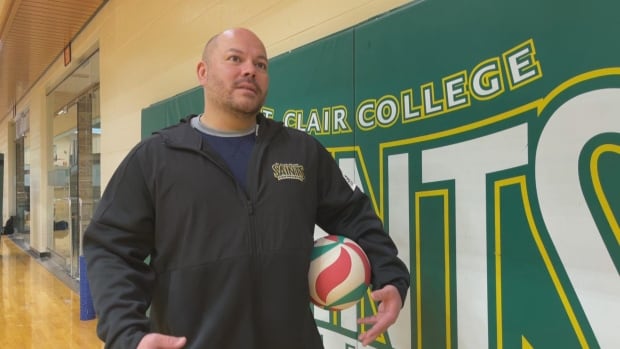 Dodgeball may not be an Olympic event, but the country has a national team—and the Canadian squad will be staffed by a man from Windsor.

As general manager of Canadian Dodgeball, Jeremy Renaud will oversee six teams this summer in Edmonton at the national tournament in June and the world tournament, which starts in late August.

There are men’s, women’s and mixed gender teams, competing in two styles of dodgeball — foam and fabric.

“I think for every Canadian, anyone I know, representing Canada and managing the national team is a dream come true,” said Renaud, professor of sports and recreation management at St. Clair College.

Two of his students will go with him, Eric Dominguez, who will be interning at Dodgeball Canada, and Christian Oomen, who will be Renaud’s assistant.

They are ready to help make fringe sports gain legitimacy.

“When I mentioned it to my parents, ‘yeah I’m going to intern for Dodgeball Canada’ they were like, ‘that’s the thing’? I was like, yeah, I guess so, now,” Dominguez said.

“I envision it as an opportunity for the growth of the sport nationally, and even internationally.” Om said.

“The general public will think [of] dodgeball is just a game, the game you played in high school, or in elementary school right? But really, it went from a game to a sport.”

Ahead of the national start on June 16, there is still time to try out. Dodgeball Canada is accepting video submissions through April 22.