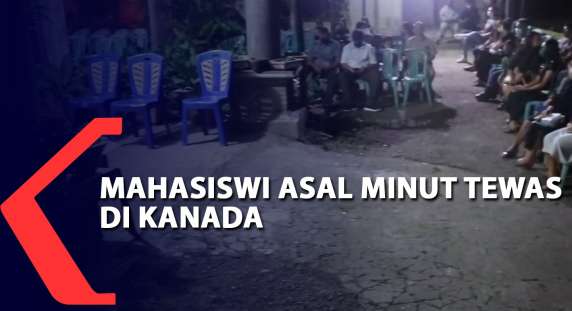 MINUT, KOMPAS.TV- A student from North Minahasa was found dead in the basement of Richmond Hill, Ontario, Canada. The cause of death is still under investigation by local police.

An atmosphere of mourning enveloped the home of Grace Karundeng’s parents, a student from North Minahasa who was found dead in Canada.

Mourners were seen continuing to come to the funeral home in Airmadidi Village, North Minahasa, to express their condolences.

The body of this first semester student at Humber College was found by police in the basement of her apartment in Ontario, Canada, on January 8 local time.

Until now, the cause of Grace Karundeng’s death is unknown. Grace has only been living in Canada for a few months with an older sister.

According to the victim’s parents, the local police are still conducting forensic tests to determine the cause of death.

The family also admitted that they had been contacted by the Indonesian Consulate General in Canada to arrange documents for the repatriation of the bodies.

The news of the death of a North Sulawesi student in Canada was excited after it was uploaded by a resident on social media.