Nadal: ‘I am devastated, victory is a miracle’ 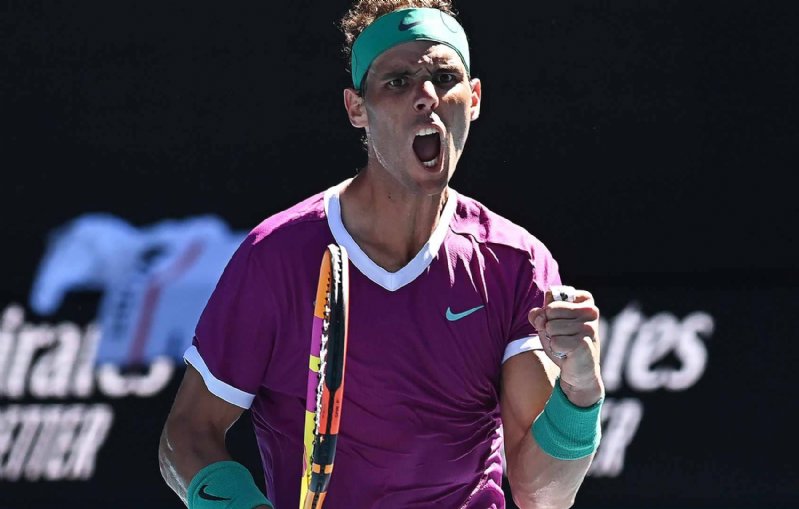 Melbourne (Australia) – Qualifying for the semifinals of the Australian Open, Rafael Nadal is a miracle win over Canada Denis Shapovalov This Tuesday in Melbourne. The Spaniard suffered a physical problem during the match, his stomach ached, but managed to win a five-set fight to stay in the competition. He now faces Italy’s Matteo Berrettini looking for a place in the finals.

“I started to feel bad towards the end of the second set. Today is really hot and conditions are very difficult. I think games like this help me to be in better shape, but don’t forget that I haven’t played any games. a lot of tennis in recent months. , in these very difficult conditions, it is difficult for me.

“I played really well, I think, in the first two sets, and then I had chances at the start of the third set at 0-30 and then 15-30. But she started serving really well, while I was feeling more tired and couldn’t hold the rally,” added the 20-time Grand Slam title winner, who will be playing in her 36th semifinal. “At the start of the fifth set I was very worried. But more than worried, I think it will be very difficult to win that game. But here I am. Being in the semifinals means a lot to me, even more so after winning against such great players after all the things I’ve been through, so it’s great news, isn’t it? I am very happy.”

Discussion and controversy between Shapovalov and the referee
Nadal spoke of the discussions between Shapovalov and Brazilian referee Carlos Bernardes. The Canadian complained that the presiding judge did not warn the Spaniard for exceeding the time limit for serving. And he was also unhappy that Nadal was allowed to go into the dressing room between the fourth and fifth sets, right after receiving medical treatment.

“I didn’t understand what was going on at the time. I knew I needed a little bit longer towards the end of the first set. But to be honest, I think in this last set the referee used to give extra time, especially in this last set. It was very humid conditions to change. clothes. , because obviously you can’t play with clothes in my current state”, explained the Spaniard.

“I think at the time Denis was annoyed because the referee was singing ‘Time’ and it took me another 30 seconds to keep changing. I thought at the time it was natural for Carlos to give me that extra time, because usually at the end of the game the referee sees -look and wait a while to time the player until the player is ready when he switches. I think Denis is wrong on this. But I understand, because he just lost a set and wants to keep playing fast”.

“After that, I mean, I followed all the rules. I went into the dressing room at the end of the second set and we have new rules for this year. I heard it was because of Stefanos, who took a long time. time last year sometimes, so the new rule is when we go to the locker room, we only have a few minutes to be in the bathroom. I changed all my clothes, and the judge who was with me kept telling me three minutes, two minutes, one minute… So I just followed the time they gave me”.

asked about accusation favored by refereeThe Spaniard replied: “I sincerely apologize for him. I thought he played a great match. Of course, it’s difficult to accept a defeat like that, especially after I felt devastated and he probably felt he could win the game. I wish him all the best. He is young, and we all make mistakes in our careers. I also made a lot of mistakes when I was young, and he will probably understand later, after thinking about it the right way, that he might not be right today”.