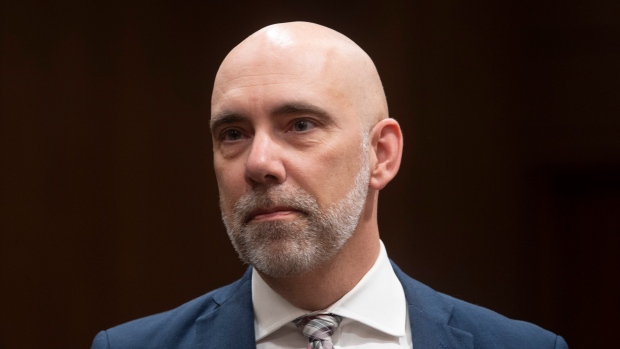 Giroux told CTV News Channel’s Power Play the figure calculated is what Canada needs to rise from its current level of 1.39 percent of gross domestic product (GDP) to two percent of GDP, as many of its allies have reached and exceeded.

Greece allocated the largest defense spending among NATO members, at 3.82 percent, followed by the US at 3.52 percent, Croatia at 2.79 percent, the UK at 2.29 percent and Estonia at 2.28 percent.

Pressure has been mounting on the Canadian government to increase their share since Russia’s invasion of Ukraine and discussions about a more permanent deployment in Eastern Europe.

Both Defense Secretary Anita Anand and Foreign Minister Melanie Joly have indicated that Canada intends to bring more to the table.

“I’m also very aware that other countries have increased defense budgets, such as Germany, to deal with these challenging times, and I think we have to do more,” Joly said during an interview on CTV’s Your Morning in March. 18.

“Canada can no longer shirk its responsibilities towards the NATO alliance in the defense and security of not only Europe, but Canada as well. The world has changed and Canadian policy needs to change with it,” Conservative foreign affairs critic Michael Chong said on CTV News Channel’s Power Play.

“We have seen our military destroyed [the] long-term. This is not something that just happened. We have not provided our soldiers, men and women in uniform, with the tools we need to do the work we ask them to do safely,” he said.

The Government has also committed to increasing recruitment efforts within the Canadian Armed Forces.