Other countries have rules for online fundraising, the inquiry committee convoy protest heard 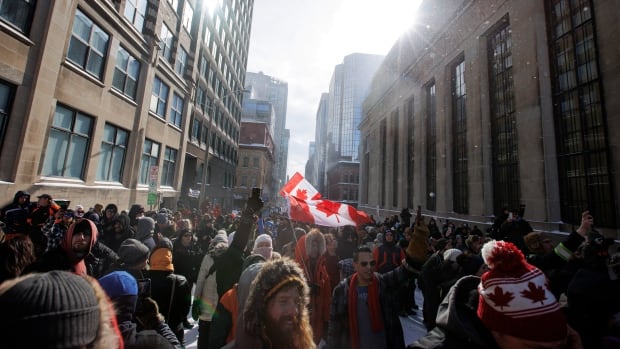 “In some jurisdictions, we see that fundraising for charities is fairly regulated,” he said, responding to a question from lawmakers about legislation Canada could consider adopting.

A GoFundMe representative appeared before the House of Commons finance committee to answer questions about his role in raising funds for the anti-vaccine mandated protest convoy that paralyzed downtown Ottawa for three weeks last month and blocked a number of border crossings in Canada.

Wilford said Singapore has a voluntary code of practice for online fundraising platforms to protect users and prevent data leaks, privacy breaches and fraud. He said Romania was the only country he knew had regulations limiting the amount of individual donations.

Wilford called on governments to remember the ability of crowdfunding platforms to raise money for good causes. He said GoFundMe had raised $50 million from people in more than 140 countries to help those affected by the Russian invasion of Ukraine.

“It’s amazing how people can come together to help each other in their time of need, so we wanted to make sure that we weren’t doing anything here that would have an impact on that,” he said.

The convoy protest attracted millions of dollars in donations via crowdfunding platforms – first on GoFundMe, then on GiveSendGo. A separate online cryptocurrency fundraiser raised over $1 million.

It was not immediately clear how much money was raised against the organizers or the protesters themselves.

GoFundMe president Juan Benitez told the committee that, based on an analysis by its payment processors of the types of payments used, 88 percent of the more than $10 million raised came from donors located in Canada, while 12 percent came from outside. Canada.

“It’s just that there is no significant foreign contribution,” he said.

Benitez said the analysis did not identify very large individual donations from international donors. Wilford said the largest donation to the GoFundMe campaign — $30,000 — came from donors located in Canada.

Benitez said only a handful of donations had come from individuals located in Russia and the company saw no sign of coordinated activity in the donations.

GoFundMe’s statistics do not match the figures provided by rival GiveSendGo, which picked up a protest fundraising convoy after GoFundMe concluded on February 4 that the campaign did not meet terms and conditions, closed it and announced it would refund all donations.

GiveSendGo has been invited to appear before the committee. In an e-mail, co-owner Heather Wilson said they couldn’t show up on Thursday because they were traveling.

At a meeting of the House of Commons public safety committee on March 3, GiveSendGo co-owner Jacob Wells testified that, at the time, 60 percent of the money raised on his platform came from Canada and 37 percent came from the United States. .

According to data hacked around February 10 and later released online, the largest donation to the convoy’s fundraiser was $90,000 US, on behalf of an American businessman.

Earlier this week, the convoy’s fundraising campaign was still active. The notice on the website now says the campaign is “currently disabled and unable to accept new donations.”

When discontinued, the campaign had raised $9.7 million US, or Canadian $12.4 million.

A notice posted on convoy fundraising site GiveSendGo said it plans to refund donations to prevent the money from being confiscated.

“The Canadian government has criminalized receipt of funds from the Freedom Convoy 2022 campaign and is now seeking to seize funds for redistributing,” the company wrote. “To protect our Givers and the intended purpose of their gifts, all donations that have not yet been transferred to the recipients of the Freedom Convoy 2022 campaign will be returned automatically, no refund request required.”

Wilson has not yet answered questions from CBC News about how the refund process will work and when donors will receive refunds.

Elizabeth Thompson can be reached at elizabeth.thompson@cbc.ca