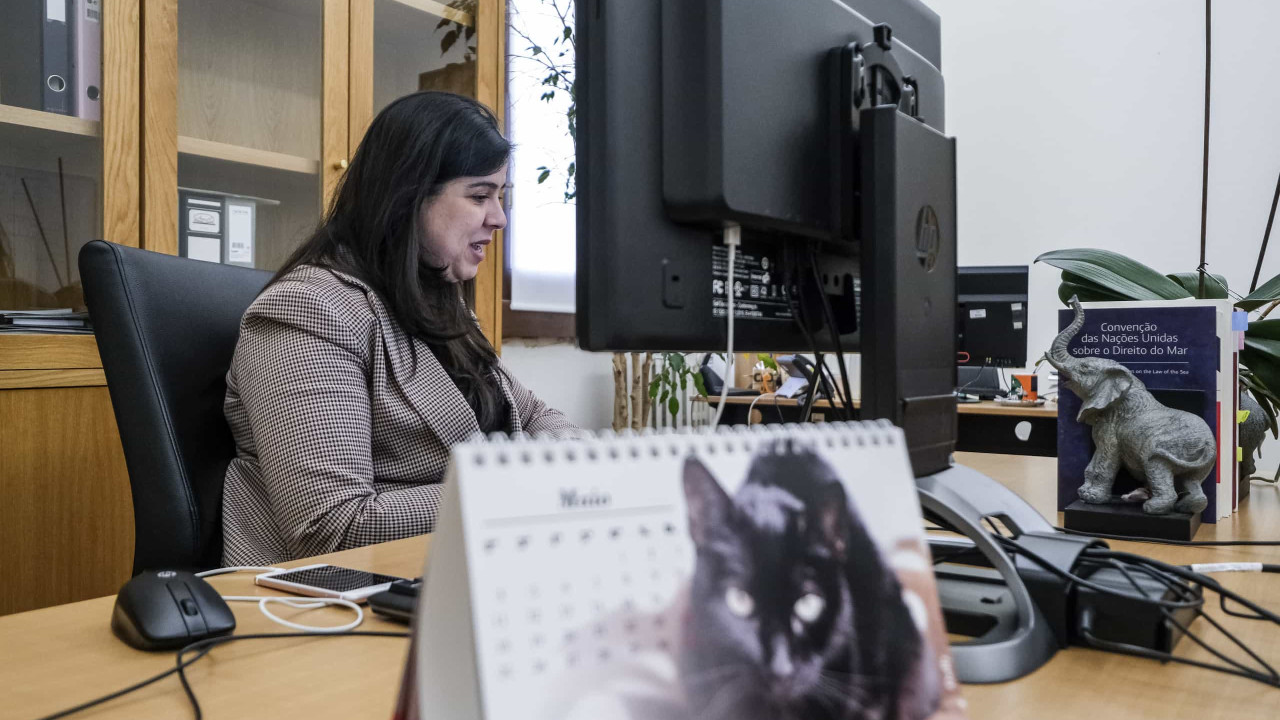 “HI The PAN Parliamentary Group hereby requests the President of the Assembly of the Republic to, in the shortest possible time, take the necessary steps to convene a solemn session welcoming the President of Ukraine, Volodymyr Zelensky,” reads the letter sent by the party to Eduardo Ferro Rodrigues and accessible to agents the day after tomorrow.

In the document signed by the deputy and spokesman for the People-Animal-Nature party, Inês Sousa Real highlighted the “courage and heroism of the resistance carried out by the Ukrainian people” and argued that, “given the evolution of this war”, “solidarity with the Ukrainian people and the struggle for A sovereign, independent, free and European Ukraine needs more symbolic diplomatic gestures from all countries committed to such a design.”

And he cited initiatives such as “diplomatic visits to Ukraine — carried out by the rulers of countries like the Czech Republic, Poland and Slovenia” or “receptions via videoconference of the President of Ukraine, Volodymyr Zelensky, in the European Parliament and in the parliaments of various countries — which takes place, for example, in the House of Commons of the United Kingdom, in the United States Congress and in the House of Commons of Canada, and is foreseen soon for the two chambers of the Italian Parliament”.

“Given the seriousness of the situation in Ukraine and the urgency of a stronger movement of diplomatic support to Ukraine, the PAN Parliamentary Group believes that the Assembly of the Republic, as a sovereign body and representative assembly of all Portuguese citizens, should join this new form of expression of support for Ukraine and to hold a solemn session to welcome the President of Ukraine, Volodymyr Zelensky, within the framework of the Standing Committee and through remote means”, he proposed.

In the letter, the PAN leader stated that “a solemn session like this, as is the case in other countries, may be convened by the President of the Assembly of the Republic under the provisions of number 2 article 76 of the Rules of Procedure of the Assembly of the Republic, that the exclusive initiative to hold such a session is his obligation – without reduce consultations from conference leaders on the model, protocol organization and terms of use of the floor”.

The article on these solemn sessions refers to number two, that “reverend sessions that evoke other events or memories of figures may be held, at the initiative of the President of the Assembly of the Republic, as well as formal sessions to welcome the heads of state. foreign countries or leaders of international organizations of which Portugal is a member, with the right to speak by these guests”.

On February 24, Russia launched a military offensive in Ukraine that has caused at least 726 deaths and more than 1,170 injuries, including several dozen children, and caused the flight of an estimated 4.8 million people, including three million to neighboring countries, according to the report. latest UN data.