PEI will soon have 2 Senate vacancies 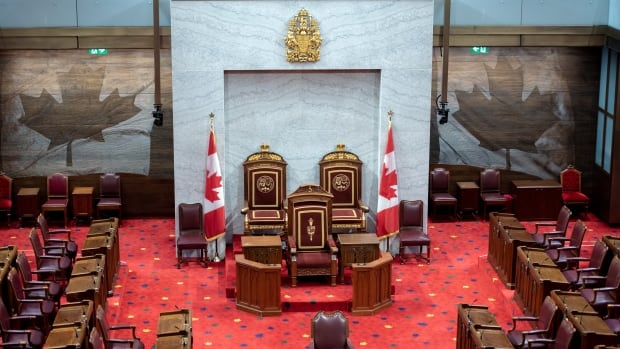 A PEI senator who has spent nearly two decades in the Red Chamber said the growing number of vacancies in the Senate was becoming a problem.

Percy Downe is very concerned about the vacancies from Island pointing to the closing of the US border for PEI potatoes as one of the issues that the Island Senators have been fighting for.

PEI has four seats in the Senate.

But in the near future, two of those seats will be vacated.

Mike Duffy’s seat has been vacant for nearly a year, since the former announcer retired last May.

‘We are a small province, we have a lot of problems’

This month, Diane Griffin turns 75, who will make her second vacancy in the Senate from PEI

“I hope the position is filled as soon as possible,” said Downe, who was appointed to the Senate in 2003 and has seven more years before he reaches mandatory retirement age.

“We’re a small province. We have a lot of problems. We need as many voices in Ottawa as possible to resolve them and there are a lot of issues that directly affect Prince Edward Island and we need PEI’s perspective on them.”

There are now 14 vacancies in the 105-seat Senate. After Griffin retires on March 18, there will be 15 vacancies.

Don Desserud, a UPEI professor of political science, said PEI was losing its influence in Ottawa with the increasing number of vacancies in the Senate from the Island.

“This is a problem,” Desserud said.

Desserud said vacancies had been an ongoing issue in the Senate. He said part of the problem was the application process that included a panel of federal and provincial officials.

“Islanders, if you’re interested in applying to be a Senator, you go online and you fill out a form and you can submit it, you need a reference, and they basically have a commission looking at this application and that’s the name brought to the fore and that, of course, requires time too.”

After March 18, PEI will only have two Senators, Downe and Brian Francis, who were appointed in 2018 and can serve until 2032.

The Office of the Advisory Council in Ottawa, which supports the prime minister and cabinet, said in a statement, “work continues to establish an Independent Advisory Council on Senate Appointments for Prince Edward Island and other jurisdictions.”

The statement further said provinces and territories have the opportunity to participate by recommending individuals from their jurisdictions to serve on the council.

‘I think we’ll hear about it soon’

CBC News also contacted Prime Minister Dennis King’s office for comment but did not receive a response before the deadline.

Downe believes the prime minister will soon announce a new Senator for PEI. He couldn’t believe it was a process that delayed the appointment.

“I think the bottleneck is when it comes to decisions outside the prime minister’s office,” Downe said.