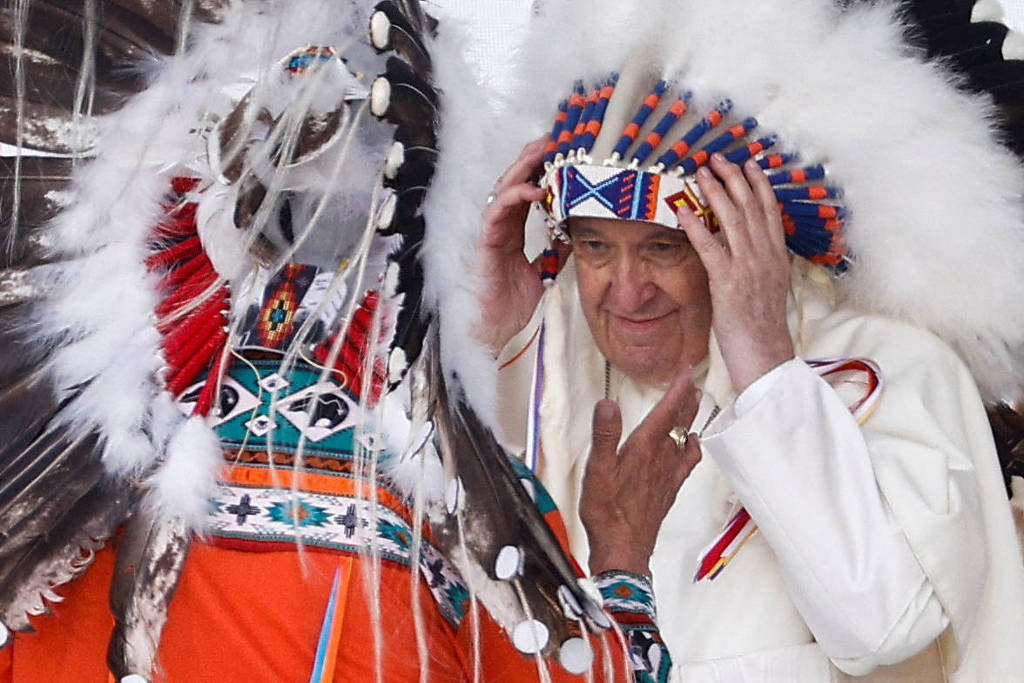 Pope Francis’ visit to Canada should have an impact across the continent. He arrived on July 24 and stayed for six days to apologize for abuses in housing schools created by the Canadian state and operated by different Churches from the late 19th century to the 1990s.

THAT Truth and Reconciliation Commission (CVR) documented these violations in 2015 report, arguing that the housing school system resulted in “cultural genocide”. Generations of indigenous children are separated from their families and communities to be educated in schools under the explicit “kill Indian children” doctrine, which forbids them, for example, from speaking their language or practicing other aspects of their culture. The report documents many cases of emotional, physical and even sexual abuse. This has become an individual and intergenerational trauma in indigenous peoples to this day.

The CVR report contains: 94 calls to action, in various fields, including the justice system, health and education, among various aspects of the country’s cultural and political life. Since the publication of the report in 2015, the topic of reconciliation with indigenous peoples has taken on a fundamental role in Canada, especially in public institutions such as the Government, the education system, the media and of course the Church.

Several churches that run housing schools began seeking forgiveness for their roles decades before the report. The first was the United Church of Canada in 1983 and the Anglican Church did so in 1993. Until now, the Catholic Church had not done so, but in recent years many indigenous communities have urged the Vatican to formally apologize. In March, a delegation of Canadian indigenous leaders went to Rome, where The Pope, in an official ceremony, asks for forgiveness for the first time for offenses committed by multiple individuals in Church-operated residential schools. This is an important step, and the pope has committed to deepening it with a visit to Canada in July to seek forgiveness, in private, on indigenous lands.

Image of Francis asks for a broader pardon than he spoke at the Vatican, expressing their deep remorse for offenses committed at school, or bowing and kissing the hands of traditional leaders, in acts of great humility and sincere penance, are profoundly impactful. As well as pictures of hundreds of people, many of them survivors of housing schools, looks emotional. These great humanitarian moments show the trauma scars of the victims who have gone through the housing school system and the genuine commitment on the part of the pope.

The Pope’s speech, read in Spanish with a clear Buenos Aires accent, is a symbolic detail. And while the pope does not identify with the tradition of liberation theology, he exhibits a deeply Latin American sensitivity in his commitment to justice that is widely understood, marked in part by his own experiences with poor communities in Argentina.

The pope was generally received positively in Canada, but many criticized the limitations of his apology. He performed a very personal and emotional penance, but with a clear emphasis on transgressions committed by individuals associated with the Church. He never declared that the doctrine itself was wrong, nor did he ask for forgiveness from the institution.

On doctrine of discovery, for example, through a series of banteng issued in the late 15th century, the church granted European crowns the right to occupy the lands they had discovered and to control the indigenous peoples who were there, to convert them to Christianity. . This doctrine is based on the notion of terra nullius, or “vacant land”, which suggests that if the territory was not occupied by European Christians, it could be taken freely, regardless of the size or level of sophistication of the inhabitants. It was the fundamental doctrine to justify European colonization and expropriation of customary lands, which remains in force.

The Pope has full autonomy to revoke the doctrine of discovery, an anachronism that still hurts in the 21st century. Moreover, Francis does not belong to the diocesan clergy, but to the Jesuit order, with a strong call for justice and a greater degree of autonomy in his relations with the clergy. And through his penance in Canada, he also violated the doctrine of papal infallibility. He points out that to err is human, like asking for forgiveness. Therefore, the pope must use that autonomy and that humanity to take the next and necessary step towards reconciliation with indigenous peoples, not only in Canada but across the continent.


LINK NOW: Do you like this text? Subscribers can waive five free accesses of any link per day. Just click the blue F below.