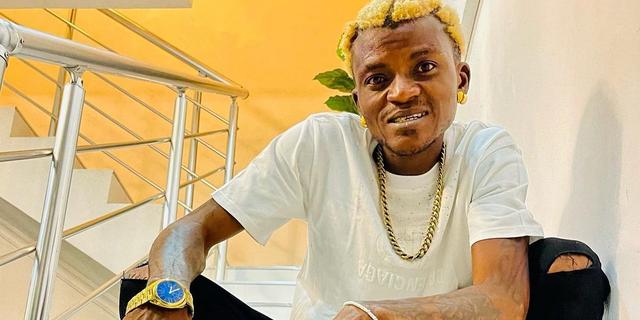 
Up-and-coming Nigerian singer Habeeb Okikiola, known as portable has missed out on an upcoming show hosted by comedian, MC Morris, in Canada.

MC Morris revealed this in a statement released on his Instagram account shortly after Portable fired his manager, Deejay and his promoter.

The comedian wrote, “For those asking why I removed idamu adugboyin from my May 22 show. Talent alone is not enough, a beautiful song without a beautiful attitude is beautiful nonsense.

“Two managers in less than a year, even fired an innocent DJ whose job it was to play songs and scratch shaka shaka. I can’t koshi mero, sorry. All transactions are canceled and Ijoba and I apologize.”

Portable in a live broadcast on his Instagram account accused his managers and promoters of depending on him.

Rising artists call on them to leave it if they don’t benefit from it.

She says, “Am I your father or your brother? Manager, DJ, promoter, I will feed una, buy cloth for una, put money in your account, I go cheat like say I am broke, ask manager for money but he will tell me he has no money as if he is building a house.

The singer’s promoter, Ijoba Danku reacted by saying that he did not raise any funds from Portable while acting as its promoter.

He further stated, “Hello Mr Portable, I just woke up now and I just saw your video. Thank God for telling me not to be a promoter of wey dey rip. All the shows I put together for you, you collect your money in full and it can’t be said that you give me a percentage.

“I’m fine, I’m comfortable, I’m pretty rich, I’m fine and you know it. I didn’t sign anything with you, keep up the good work. Well you owe me now, well you dey tear me up now, well you borrow money from my hands so please, I’ll send my account, drop my money.

“And Eti DMW, Eti Davido, we gave you money yesterday, we said you are not suitable, go to him show say you didn’t send anyone after they paid you N2m, you don’t spend money now, please return the money, make me return Eti money for me.”