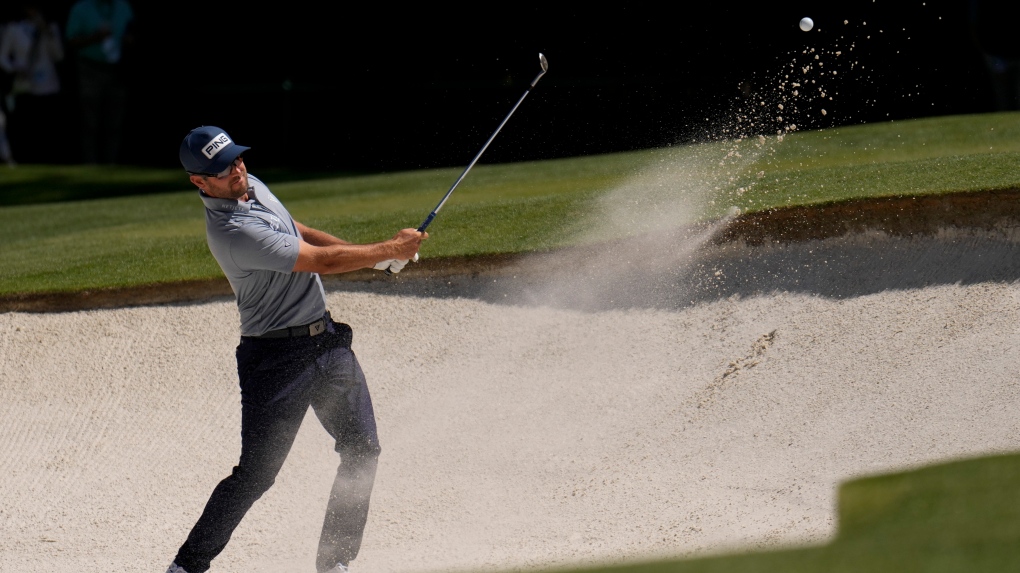 Maybe there is a slightly different taste to the International team in this year’s President’s Cup. A hint from maple.

Canadian golf great Mike Weir will be assistant captain of the International team in the President’s Cup for the third time this September. But for the first time there is a strong possibility that up to three Canadian players will join Weir at Quail Hollow Club in Charlotte, NC.

Never more than one Canadian player has competed in the President’s Cup.

The International Team will consist of the top eight players from the President’s Cup International team points list, followed by the four selections made by captain Trevor Immelman.

Corey Conners of Listowel, Ont., is currently seventh on that list, making him an automatic choice. Mackenzie Hughes of Dundas, Ontario., is 10 and Hadwin, of Abbotsford, BC, is 13, making them a strong choice as captain’s choice.

The final ranking will be determined by the average points awarded over the qualifying period.

“Those points are really going up in the PGA Championship so there’s an opportunity to go up,” Weir said. “It would be great, you know, as a Canadian to have a few people on the team.”

He added that part of the reasoning behind the captain’s selection was to consider which players would pair well. The Canadians on the PGA Tour are known for training together before events and Conners and Hughes were teammates at Kent State and at the Tokyo Olympics.

“Not that they’d be an automatic match, but even in the team room to have another familiar face would be good for Corey or Mac or Adam,” Weir said. “Let’s support them and hope they finish the year strong and all three of them do well, good luck.”

Kevin Blue, chief sports officer for Golf Canada, attracted more than one Canadian to play in the President’s Cup.

“We have the view that the players have achieved a lot as a group and we really think that it will be a stepping stone to even more significant achievements in the future,” said Blue. “This is not to take anything from the footsteps of these players.

“We are certainly excited about the direction we are going and even more excited in the future, as we continue to invest in the development of top-level players from Canada.”

Golf Canada has a stated goal of having 30 players at the top level of professional golf by 2032. There are a total of 12 Canadians who become regulars on the PGA or LPGA in the 2022 season.

Brooke Henderson’s continued success on the LPGA Tour and high profile Canadians like Conners, Hughes, and Hadwin on the PGA Tour only help with Canadian Golf’s goals.

“There’s no question that role models like Brooke and Mike have played an influential role in showing young Canadian athletes that they can succeed at the highest levels of professional golf,” said Blue, referring to Henderson and Weir, two Canadians with titles. Most wins in professional golf.

“We’re excited for more of that to come and when you have role models to catalyze momentum in the country, and you have a aligned system and support base for players at the local, provincial and national level, we think the upside is quite significant.”

PGA TOUR — Hadwin and Adam Svensson of Surrey, BC, paired up Thursday in the first round of the Zurich Classic of New Orleans at TPC Louisiana. Michael Gligic of Burlinton, Ontario, teed off less than 15 minutes after them.

PGA TOUR CHAMPIONS — Weir is the only Canadian on the course as a ClubCorp Classic at Las Colinas Country Club. The event in Irving, Texas, tees off on Friday.

LPGA TOUR — Henderson, of Smiths Falls, Ontario, returns to action at the Dio Implant LA Open on Thursday at the Wilshire Country Club in Los Angeles. Henderson withdrew from the Lotte Championship last week due to illness. She is the defending champion at the LA Open and will be in a group with Maddie Szeryk of London, Ontario, in the first and second rounds. Maude-Aimee Leblanc of Sherbrooke, Que., was also on the pitch.


This report by The Canadian Press was first published on April 20, 2022.