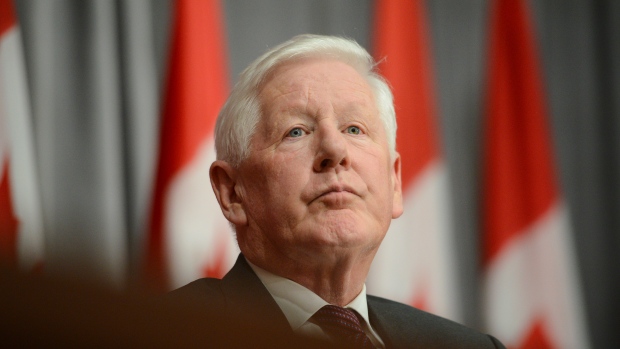 Canadian Ambassador to the United Nations Bob Rae said Russian President Vladimir Putin’s decision to put nuclear deterrence forces on high alert was a “tactic” meant to encourage the West to “stand back.”

Addressing lawmakers on the House foreign affairs committee on Monday, Rae called the move “grossly irrational” and said it should be seen for what it is.

“It’s important for us not to be afraid of this tactic because I think it’s a tactic,” said Rae. “It is very important not to give up on what it was meant to be. It was meant to make us all back off. ”

Putin on Sunday told his top defense and military officials to place nuclear forces in a “special combat duty regime,” but it was not immediately clear how that might change Russia’s nuclear power status, if at all.

Russia, like the United States, keeps land-based intercontinental ballistic missiles, or ICBMs, on high alert at all times, and it is believed that Russian submarine-based nuclear missiles, like America’s, are of the same posture.

Putin indicated that he was responding to economic sanctions imposed by the United States and other Western countries in recent days over his invasion of Ukraine, as well as “aggressive statements about our country,” which he did not elaborate.

Rae said none of his colleagues at the UN were “rejected by this.”

In January, Russia joined four other global nuclear powers – the US, China, France and the UK – to demonstrate a Nuclear war can’t be won and should not be fought for.

Rae said Russia’s sudden attitude on the matter was confusing.

“This happened in January 2022. We are not talking about five years ago, we are talking about six or seven weeks ago. So when President Putin turns around and makes the announcement he made yesterday, what should we do? I think it’s very irrational,” he said.

Secretary of State Melanie Joly called the nuclear warning order “insane” while speaking to reporters after a meeting of the United Nations Human Rights Council on Monday.

Working closely with allies, the Canadian government has announced a series of packages of financial sanctions imposed against Russia in the past week.